White Scapular of the Most Blessed Trinity 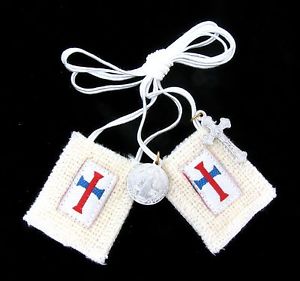 Pope Innocent III approved the Order of the Trinitarians (Order of the Holy Trinity and Captives) in 1198 with its Rule. It was founded by St. John de Matha after his vision of Christ with two captives around 1193. The indulgences of the confraternity were approved by the Congregation of Indulgences in 1899 (but have been revised with the new Trinitarian Way in 2000)

It is a white scapular with a cross of which the transverse shaft is blue and the longitudinal shaft red. It is worn by members of the Confraternity of the Blessed Trinity (or other Trinitarian association that makes use of the scapular) after being invested with this scapular. It is a sign of consecration to the Holy Trinity and of fraternity.

It the normal habit of the Tertiaries of the Order of the Most Holy Trinity (Trinitarians) (third order members) (Trinitarian Way 2000). 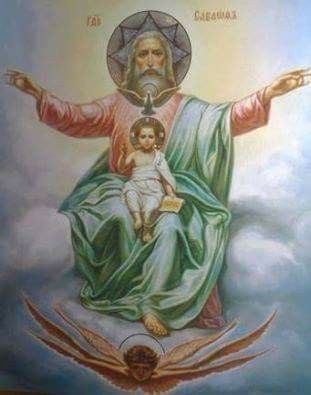