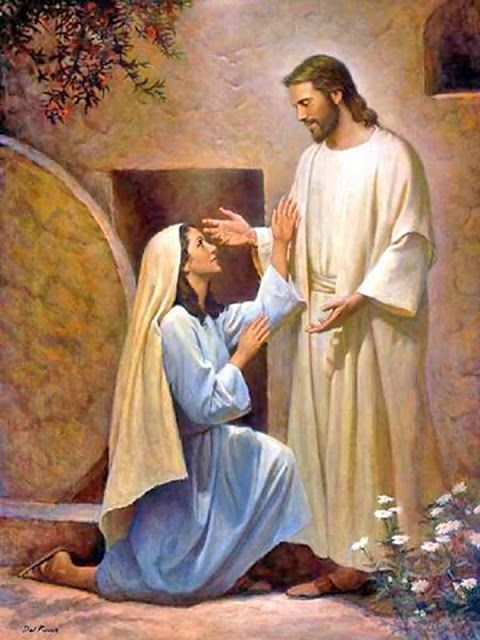 Apostle and Friend of Jesus

Mary Magdalene was the most important woman disciple in the movement of Jesus. Who was Mary Magdalene? Tradition has labeled her a prostitute, but there is nothing in the Bible to support this view and much to dispute it.

Many ideas about Magdalene persist today, whether or not the biblical text and historical resources confirm them. For example, early church fathers incorrectly identified her with the sinful woman who anointed Christ's feet at the house of Simon the Pharisee. Others believed she was Mary of Bethany, sister of Martha and Lazarus. One of the more fantastic ideas links her to myths about the Holy Grail and the Knights Templar. Secular books with names such as Holy Blood, Holy Grail and The Woman With the Alabaster Jar expand on traditions that she committed sexual sins. They claim that Jesus married her and fathered one or more children. These books are based on fiction, not fact.

Who really was Mary Magdalene? Apparently her status in early Christianity was as high, if not higher, as Peter's. The Bible gives us clues about her importance. After his resurrection, Jesus first appeared Mary Magdalene not Peter, according to the Gospel of John. At first she did not recognize Him. But when He said her name she knew Him instantly. Mary Magdalene had knelt beside Christ’s cross during those long, fateful hours at Calvary. Although the ordeal had been ominous and exhausting, she rose early on the first day of the week and went to His tomb while it was still dark. When she discovered He was not there, she broke down and wept. Mary was so desperate to give the tortured body of her beloved Lord a proper burial that she pleaded tearfully with a groundskeeper, even offering him money, to take her to Him.

But the man to whom she spoke wasn’t a groundskeeper. He said only one word, and she knew He was Jesus of Nazareth. He said, "Mary." She responded in turn and said, Rabboni, a Hebrew word meaning "teacher." The two shared a sacred moment outside of the tomb when Christ revealed Himself to her. Mary was the first person to see the risen Lord, a priceless reward for her unyielding devotion. Mary Magdalene announced to the disciples, "I have seen the Lord." In other scriptures, her name is first in the list of witnesses (Mk. 16:1-11; Mt. 28:1; Lk. 24:10; Jn. 20:11-18; 1 Cor. 15:5-8). The Gnostic Gospel of Mary adds evidence that Mary was a strong Christian leader. This nonbiblical manuscript was discovered in Egypt the middle of the twentieth century. It suggests that Peter was jealous of Mary. Accordingly, she is referred to in early Christian writings as "the apostle to the apostles."

When Mary Magdalen came to the tomb and did not find the Lord's body, she thought it had been taken away and so informed the disciples. After they came and saw the tomb, they too believed what Mary had told them. The text then says: "The disciples went back home," and it adds: "but Mary wept and remained standing outside the tomb." We should reflect on Mary's attitude and the great love she felt for Christ; for though the disciples had left the tomb, she remained. She was still seeking the one she had not found, and while she sought she wept; burning with the fire of love, she longed for him who she thought had been taken away. And so it happened that the woman who stayed behind to seek Christ was the only one to see him. For perseverance is essential to any good deed, as the voice of truth tell us: "Whoever perseveres to the end will be saved." Because of the assumption that Mary Magdalene had been a spectacular sinner, and also perhaps because she is described as weeping at the tomb of Jesus on the Resurrection morning, she is often portrayed in art as weeping, or with eyes red from having wept. From this appearance we derive the English word "maudlin", meaning "effusively or tearfully sentimental." There is a Magdalen College at Oxford, and a Magdalene College at Cambridge (different spelling), both pronounced "Maudlin."

Jesus’ crucifixion was a political spectacle of monumental proportions. When others distanced themselves from Him, fearing for their lives, Mary remained faithful. Some historians believe Mary was present in Pilate’s Hall, where she heard the religious leaders demand His blood and pronounce His death sentence. She followed Him as He drug His own cross through a mass of wrangling onlookers and witnessed His violent crucifixion. "There were many who were appalled at him—his appearance was so disfigured beyond that of any man and his form marred beyond human likeness" (Isaiah 52:14). Although most of His followers, including the disciples, ran away fearing for their lives, Mary never left His side. Her courageous devotion was inspired by profound gratitude for the love Christ had shown her. Until Christ touched her, Mary was a desperate woman who lived in lonely anguish. She was tormented by seven demons. Although we do not know the nature of the demons—whether they afflicted her with illness, insanity, or immorality—we do know that such an outcast woman in first-century Israel would have been contemptible. In her village of Magdala, located about three miles from Capernaum on the coast of Galilee, a woman of questionable moral character would not have been tolerated. Christ’s unconditional love and concern for Mary, despite the stains of her frailty, are a striking illustration of His boundless love for us.

Through the eyes of eternity, Christ found enough worth in Mary’s broken condition to forgive and heal her. No religion aside from Christianity could accommodate such a story of redemption. If judged by the customary standards of her day, a woman of Mary’s character would certainly have been stoned or even killed. All of us who know Christ have been redeemed by Him in the same powerful way as was Mary. Our own salvation is no less a miracle than hers. And yet our response to God’s saving grace can be vastly different from hers. After she was healed, Mary became an ardent supporter of Jesus and the 12 disciples. She used her own money to help finance their ministry and spent her days traveling from city to city ministering to them. (Luke 8:1-3) She became one of Jesus’ most devoted followers. Her commitment to Him never waned—even at Calvary.

Saint Mary Magdalene,
woman of many sins, who by conversion
became the beloved of Jesus, thank you for your witness that Jesus forgives through the miracle of love.
You, who already possess eternal happiness
in His glorious presence, please intercede for me, so that some day I may share in the same everlasting joy.
Amen.

Good Jesus, Saint Mary Magdalene was one of the women who assisted You and the apostles during Your public ministry. She cried with the Blessed Mother and Saint John at the foot of Your cross, and she helped to bury Your dead body. For serving You with such devotion, she was the first to see You resurrected. I ask her to pray for me when I have opportunities to assist others as they approach death or grieve the death of loved ones. Inspire me, O God, in giving them Your comfort, in helping them accept salvation, and in guiding the survivors to release their loved ones into Your arms. Saint Mary Magdalene, pray for us.
Amen.