Feast of the Holy Innocents 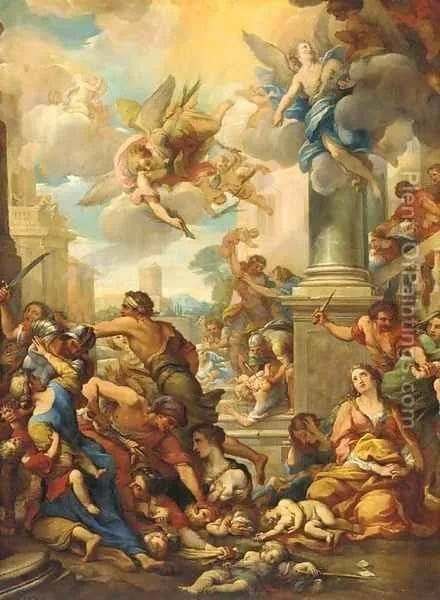 Feast of the Holy Innocents: December 28

In the event, King Herod the Great ordered the execution of all young male children in the village of Bethlehem, so as to avoid the loss of his throne to a newborn "King of the Jews", whose birth had been related to him by magi. He was called Herod “the Great,” king of Judea, but was unpopular with his people because of his connections with the Romans and his religious indifference.

Only because Joseph had been warned by a dream that this would happen and accordingly fled with his wife and Jesus to Egypt was the Savior spared (Matt. 2:13-15). The other innocent children were put to the sword. This is one of the seven sorrows of Mary: to realize the hatred others would have of her Son and Lord; to understand that saving her own baby led to the death of others.

Our Christmas joy is tempered today by a feeling of sadness. But the Church looks principally to the glory of the children, of these innocent victims, whom she shows us in heaven following the Lamb wherever He goes.

Prayer for the Feast of the Holy Innocents

O God, whose praise the martyred innocents did this day proclaim, not by speaking, but by dying: Destroy in us all the malice of sinfulness, that our lives may also proclaim thy faith, which our tongues profess. Through our Lord.
Amen.