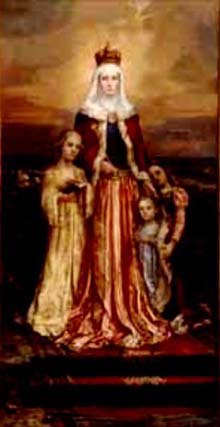 Blessed Yolanda of Poland (also known as Helen) was the daughter of King Béla IV of Hungary and Maria Laskarina. She was the sister of Saint Margaret of Hungary and Saint Kinga (Cunegunda). One of her paternal aunts was the great Franciscan saint, Elizabeth of Hungary.

As a young girl, Yolanda was sent to Poland to be privately teached under the supervision of her sister, Kinga, who was married to the Duke of Poland. In 1257, when visiting Poland she was encouraged to marry Bolesław the Pious, which she did. They had three daughters:

During the time of her marriage, she was famous for her great services to the poor as well as being a major benefactor of the monasteries, friaries and hospitals. Her husband gave her so much support in her charities that he earned the nickname "the Pious". She was widowed in 1279.

Following Boleslaus' death, Yolanda and Kinga, along with one of Yolanda's daughters, Anna, retired to the Poor Clare monastery that Kinga had founded in Sandez. Forced to relocate due to armed conflict in the region, Yolanda founded a new monastery in Gniezno. She was persuaded to become superior of the community shortly before her death.

She has been declared a candidate for sainthood. Her sisters, Kinga and Margaret, have already been canonized. 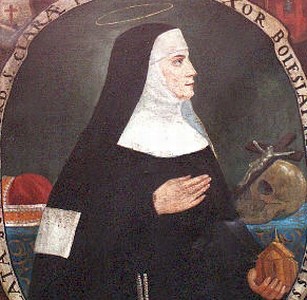