Saint Stanislaus Papczyński was born on 18 May 1631 in Podegrodzie (Poland), near the town Stary Sącz. His parents were Tomasz Papka and Zofia Papka maiden name Tarcikowska. He received the sacrament of baptism in the church under the invocation of Saint James the Apostle and he received the name Jan (John). He had the brother Piotr (Peter) and he had 6 sisters. 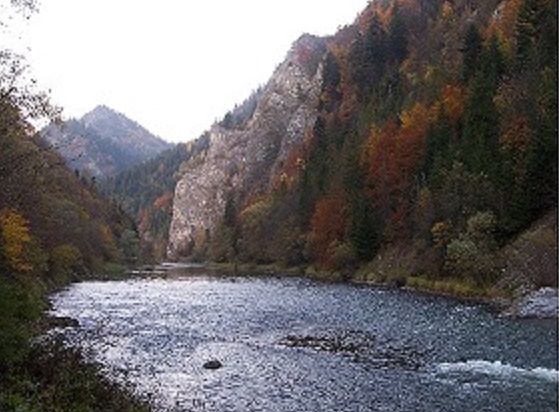 After graduating from the schools, he entered the Order of Poor Clerics Regular of the Mother of God of the Pious Schools (in short – the Piarists) in the town Odoliniec in Spisz. It was on 2 July 1654.

He made his profession of religious vows in Warsaw on 22 July 1656, and he was ordained to the priesthood on 12 March 1661, in the town called Brzozów, Poland. This town is in the South-East Poland, near the town Rzeszów.

In 1663, he was sent to Warsaw, where he became a famous preacher, a famous confessor and a spiritual director. He confessed such persons like: the prelates, the bishops and the senators – among them a future king of Poland (Jan III Sobieski), and also future Pope Innocent XII (at that time he acted as an Apostolic Nuncio to Poland - Antonio Pignatelli).

Saint Stanislaus Papczyński and several other monks had a conflict with the authorities of the Piarists Order concerning the way of the fulfilling the tasks described in the Constitutions of the Order. It caused a big unrest in the whole Piarists Province and because of it, Saint Papczyński asked Pope for dispensation him from the Piarists’ vows and permission to leave the Piarists. He received the permission on 18 October 1670.

On 11 November 1670 in the town Kazimierz near Krakow, Saint Stanislaus Papczyński said personal act of consecration to God and to the Mother of God, so called Oblatio, in which he declared that he still desired to live as a monk and he desired to establish a new Order – the Order of Immaculate Conception of the Most Holy Virgin Mary.

He established the Marian Order in 1673, in Puszcza Korabiewska (current name: Puszcza Mariańska), near the town Skierniewice, Poland.

The aims of the Order are:

Saint Stanislaus Papczyński pasted away with the reputation of holiness, on 17 September 1701. He was buried in the church under the invocation of the Lord’s Supper in the town Nowa Jerozolima (current name: Góra Kalwaria near Warsaw).

Saint Stanislaus Papczyńki is Saint Patron of the unborn children, of the parents who want to have a child, of the children who have problems in studying.

Prayer for a Special Grace by intercession
of Saint Stanislaus Papczyński 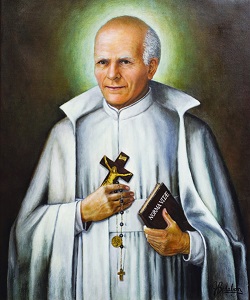 God, our Father, Who in Your unfathomable Providence gave us in Saint Stanislaus a successful intercessor before Your throne, grant me (us) through his intercession the grace …, for which I beg (we beg) You, also grant that in accord with his example I (we) may faithfully fulfil Your most holy will. Through Christ our Lord. Amen.

Notice: It is recommended that this prayer, recited for a particular intention, be complemented by Confession and Holy Communion.

By Cardinal Tarcisio Bertone on behalf of Pope Benedict XVI, in Licheń, Poland, on 16 September 2007.