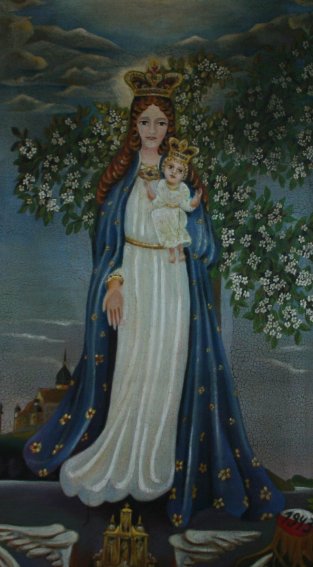 The History of the Shrine

The history of the Shrine has his roots in the time of apparitions, which took place between 1943 and 1949. There was no church in the Siekierki region before or during the Second World War. The people wanted to open a church, but the War began and it became impossible. Children prayed beneath the Cross. One of these young people, Władysława Papis (maiden name: Fronczek-Frauczuk) was 12 years old at the time.

When she returned home from the Cross, she continued to pray and she saw the Holy Mother appear above the cherry-tree . She prayed more. The Holy Mother looked at her and waited. Władysława had forgotten someone in her prayers. She began to pray for her uncle who was very sick, and asked for his health to be restored. The Holy Mother waited. Władysława understood that her prayer was not finished. She said: “I ask for the health of my uncle, but if he does not recover, please take him into Heaven, beside You, dear Mother”. At that moment the Holy Mother turned around 3 times toward the right and disappeared. This happened on May 3, 1943, during the Feast of Our Holy Mother, the Queen of Poland. Our Lord Jesus Christ appeared for the first time on June 28, 1943 at this place. The last apparition was on September, 15, 1949, during the Feast of Our Lady of Sorrows. Our Lord Jesus said: “I come to you to tell you, that I am with you. I am leaving now, but pray to My Mother, She listens to your prayers”.

During the apparitions the Holy Mother dictated the Litany and the Chaplet and a song. Both the Our Lady and Our Lord Jesus left many messages for believers. One of them is that the Holy Mother appeared as a Teacher of Young People. The first Chapel at the place of apparitions was built in 1945-1946. It was opened on May 3, 1946 on the Feast of Our Holy Mother – the Queen of Poland. The Chapel was extended 3 times: in 1979, 1980 and 1981. After that a new chapel was built – as a votive offering for healing from alcohol illness. The current Chapel was blessed by Primate Józef Glemp on 29th August 1999. The first Holy Mass took place on May 3, 1977 and after that Holy Masses continued, particularly on Feast Days. 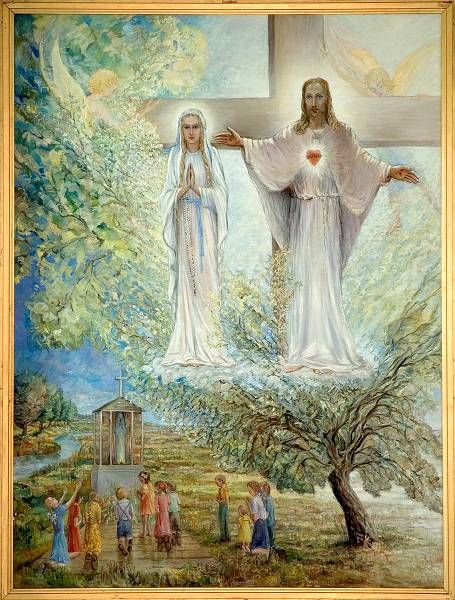 Primate Cardinal Stefan Wyszyński entrusted the place of the apparitions to the Piarist Order on November 16, 1980. After His death, Cardinal Józef Glemp blessed the square on which the church would be built. Bishop Zbigniew Kraszewski embedded the corner stone of the church and blessed the lower church on October 22, 1988. The Parish Church, under the invocation of the Holy Virgin Mary – the Queen of Believers, was established on March 15, 1988. The church was blessed by Cardinal Primate Józef Glemp on 17th September 1994. The Diocesan Sanctuary under the invocation of the Holy Mother – the Teacher of Young People was established by Primate Józef Glemp on 31st August 1997.

1. Day vigil on 3rd day of every month. The vigil has taken place regularly since 1995, but has its origin during the time of apparitions. Since 3rd May 1943 school children have arrived at 12.00 to pray the Angelus prayer. The Holy Mother asked them to pray for the reformation of sinners. On 31st August 1943, one year before the Warsaw Insurrection, the Holy Mother said: “Pray, for a severe punishment will come, a heavy cross. I cannot hold back My Son’s anger if the nation does not convert. Kneel everyday from 12.00 to 15.00, from the 6 August and ask forgiveness for all the sins of the world (ask for mercy for the whole world)”.

2. Day vigil on 28th day of every month. The vigil has taken place regularly since 1997. It has its origin during the time of apparitions. The Lord Jesus spoke about His great love for people. “Do not walk indifferently near churches. I am waiting for you in the Blessed Sacrament. I ease every suffering; I console every dejected heart, if the heart turns to me with the trust and confidence”. (On 26th September 1943). “I am waiting for you, hidden in the tabernacle. Kneel before the altar and pray”. (On 19th January 1944). “I am wounded by those who insult Me. Make amends for them”. (On 8th September 1949). “Pray to My Holy Mother, She hears you”. (On 15th September 1949).

3. Night vigil, on the Saturday before the 3rd Sunday of every month. It has taken place regularly since July 1982. It has its origin during the time of apparitions. The first night vigils were in October 1943 and in April 1944. Such vigils lasted for 3 nights, night after night. Then the Holy Mother asked everyone to pray during the entire 24 hours of the first Fridays. 24 people chose the hours and prayed at home in reparation for sins of the world. Father Edward Szajor, Piarist decided that night vigils would be kept on Saturdays before the 3rd Sunday – by analogy to 3rd May, as the Holy Mother appeared on 3rd May 1943.

Mrs. Władysława Papis who had the apparitions in Siekierki passed away on 16 April 2016.

Her apparitions were approved by the Church. 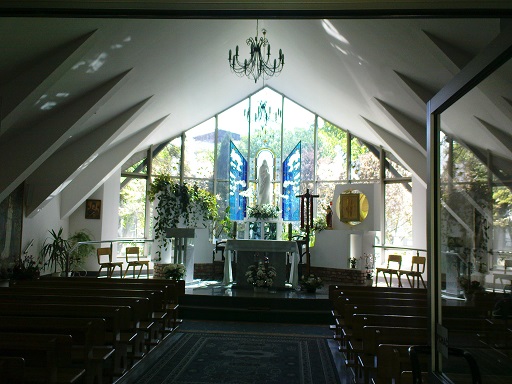 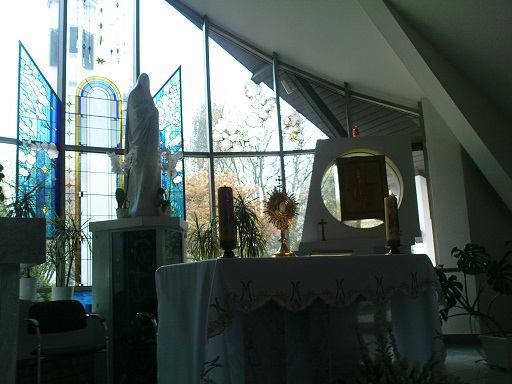 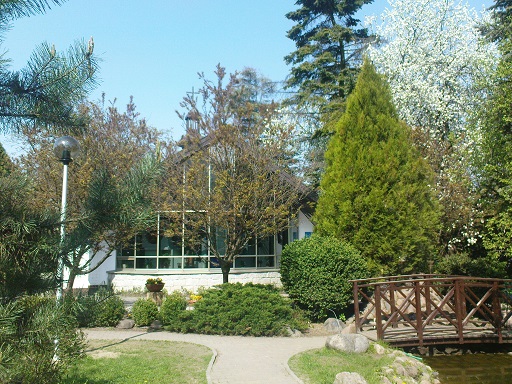 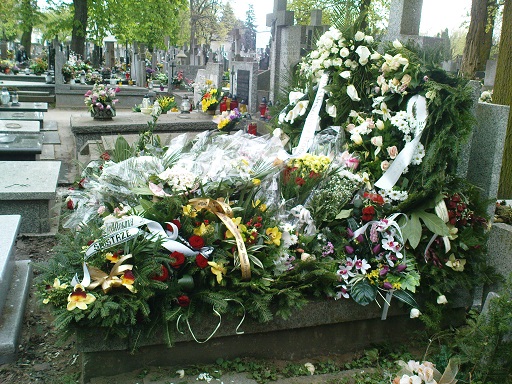 The chapel in Siekierki today the tomb of Mrs. Władysława Papis

Mentioning of the source:

I thank Father Jan Taff, of the Sanctuary Piarists, who gave his permission to use above data.