Scapular of Saint Michael the Archangel 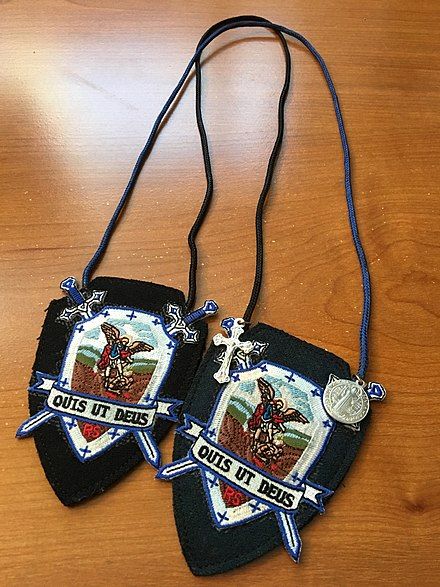 When was the first Scapular introduced?

The first Scapular of St Michael was introduced in the nineteenth century at St Eustace in Rome and belonged to the Brotherhood of St Michael the Archangel established at the time. It was not rectangular like most scapulars, but it was made in the form of a small shield. One petal of the Scapular was navy blue and the other black. Similarly, the ribbon, on which it was placed. On both fabric petals of the Scapular there was the image of St Michael Archangel slaying the dragon and the inscription "Quis ut Deus" (Who is like God).

How does the Scapular look today?

Today, the Scapular consists of two petals in the shape of a shield (buckler), made of woollen fabric. The fabric has a dual colour scheme: black and dark blue. On the black piece of material is the image of St Michael the Archangel from the sanctuary on Mount Gargano (Monte Sant 'Angelo) on the blue - the image of Our Lady of the shrine in Miejsce Piastowe – the Motherhouse of the Michaelites. In a similar, black and navy blue colours are ribbons to which the fabric petals are attached.

Does the Church approve of the Scapular?

Yes, the first Scapular of St Michael was approved by Pope Leo XIII in the nineteenth century. The present form of the Scapular of St Michael has been approved on 1 March 2013 by the decree of the Superior General of the Congregation of St Michael Fr Kazimierz Radzik. Pope Benedict XVI in the "Letter to Michaelites" wrote that the motives of the receiving of the Scapular in its present form should serve as a reminder to the wearer that s/he is experiencing an effective assistance of the mighty Defender, discovering in oneself the majesty, goodness and love of God, and to realise that there is no greater value, or any other equally great good outside of God - the Creator and Lord of all living things. 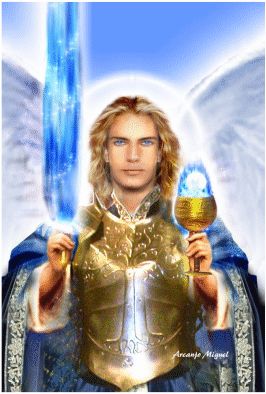