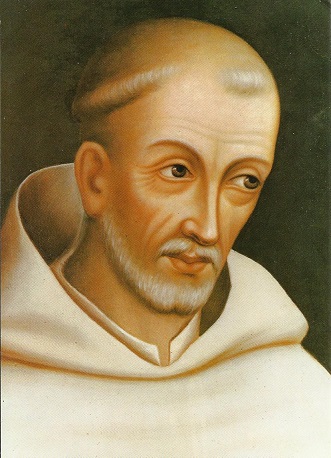 Saint Bernard of Clairvaux was born in 1090, in the Chateau of Fontaines-les Dijon, of pious parents, Aleth and Tescelin, members of Bernard’s family were part of the upper nobility of Burgundy. Family names, at that time, had not become generally established in this region. His greatness, according to stories of the era, was foretold even before his birth, when Aleth had a dream, interpreted for her by a Religious, that Bernard would become the "Guardian of the House of God."

It is said that his mother, Aleth, exerted a virtuous influence upon Bernard only second to what Monica had done for Augustine of Hippo in the 5th century. Her death, in 1107, so affected Bernard that he claimed that this is when his “long path to complete conversion” began. He turned away from his literary education, begun at the school at Châtillon-sur-Seine, and from ecclesiastical advancement, toward a life of renunciation and solitude.

He was recognized as an outstanding preacher and orator, and many of his sermons have been preserved and excerpted in Holy Liturgy.

Bernard's parents were Tescelin de Fontaine (de), Lord of Fontaine-lès-Dijon and Alèthe de Montbard (fr), both belonging to the highest nobility of Burgundy. Bernard was the third of a family of seven children, six of whom were sons. At the age of nine years, he was sent to school at Châtillon-sur-Seine, run by the secular canons of Saint-Vorles. Bernard had a great taste for literature and devoted himself for some time to poetry. His success in his studies won the admiration of his teachers. He wanted to excel in literature in order to take up the study of the Bible. He had a special devotion to the Virgin Mary, and he would later write several works about the Queen of Heaven.

Bernard would expand upon Anselm of Canterbury's role in transmuting the sacramentally ritual Christianity of the Early Middle Ages into a new, more personally held faith, with the life of Christ as a model and a new emphasis on the Virgin Mary. In opposition to the rational approach to divine understanding that the scholastics adopted, Bernard would preach an immediate faith, in which the intercessor was the Virgin Mary.

Bernard was only nineteen years of age when his mother died. During his youth, he did not escape trying temptations and around this time he thought of retiring from the world and living a life of solitude and prayer.

In 1098 Saint Robert of Molesme had founded Cîteaux Abbey, near Dijon, with the purpose of restoring the Rule of St Benedict in all its rigour. Returning to Molesme, he left the government of the new abbey to Saint Alberic of Cîteaux, who died in the year 1109. At the age of 22, while Bernard was at prayer in a church, he felt the calling of God to enter the Cistercian Monks of Cîteaux. In 1113 Saint Stephen Harding had just succeeded Saint Alberic as third Abbot of Cîteaux when Bernard and thirty other young noblemen of Burgundy sought admission into the Cistercian order. Bernard's testimony was so irresistible that 30 of his friends, brothers, and relatives followed him into the monastic life. 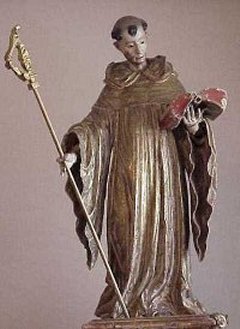 O God, by whose grace thy servant Bernard of Clairvaux, enkindled with the fire of thy love, became a burning and a shining light in thy Church: Grant that we also may be aflame with the spirit of love and discipline, and may ever walk before thee as children of light; through Jesus Christ our Lord, who with thee, in the unity of the Holy Spirit, liveth and reigneth, one God, now and for ever.
Amen.