Our Lady of the Chestnut 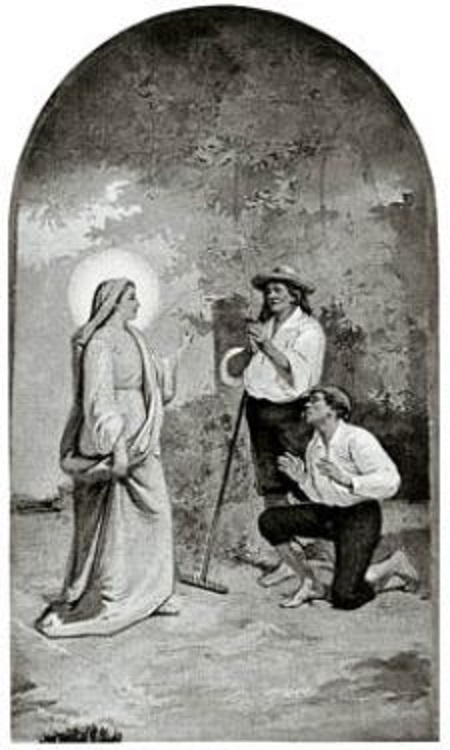 On April 28, 1310 in a forest on the outskirts of Bergamo, owned by the priest John Moroni, Our Lady appears to a humble peasant who you are working with, and entrusted him with the task of promoting among the population of the neighboring countries to build on that the site of a church in his honor. Heard the news, the priest owner of the land, happy for so much honor, gather the elders of Breno, of Ossanego, of Fontana, and gives his farm because you build a church in honor of Our Lady. Obtained the full approval of the diocesan bishop, you will begin work immediately with the erection of an altar and, later, even the church.

This, according to legal documents, the historical origin of the church of Santa Maria della Castagna.

But the constant local tradition adds a particularly neglected by historians. Claims, namely, that the appearance was not only a farmer, but two: and that Our Lady would suddenly cover of green leaves and curly with the fruit already a mature chestnut tree that gave its name to the Sanctuary then.

This poetic tradition is confirmed by an ancient mural kept in a nearby chapel of the church. The prof. Heels writes:

"In it we see two peasants in place of great reverence, one in the knee, the other standing with hands folded and with the rake at his feet."

Then you can admire the Blessed Virgin appeared to them that raises the finger at a tall chestnut on which, in the leaves, you can see the curls that show the fruits already ripe. In one corner is painted the Sanctuary of the Virgin. "

Thanks to Michael O'Neill of the Miracle Hunter, Chicago, for using this information. http://www.miraclehunter.com/