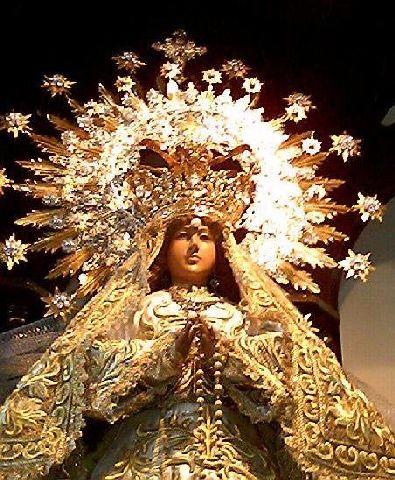 Feast from May 17 to 19 Philippines, Obando, Bulacan

As far back as a century ago, childless women have been making the journey to the small town of Obando, Bulacan to pay homage to its three patron saints: Santa Clara, San Pascual de Baylon and Our Lady of Salambao, in the hopes of being blessed with a child or a suitable mate.

From May 17 to 19 every year, along the banks of Angat River, childless women gyrate and sway to the Santa Clara melody. The enormous parade ends at the church, where the devotees continue to dance up the aisle.

These three patron saints of the Obando Church apparently have specializations. Santa Clara is the patroness of the childless, San Pascual the devoted worshipper, and the Lady of the Salambao (fishing net) the intercessor for the town's principal source of livelihood, fishing.

Our Lady of Salambao is a special title given to our Lady, the Virgin. Salambao means fishing net in Tagalog and probably the title signifies that she is the patroness of the fishermen in Obando. She is also the patroness for couples asking for a child. In addition to the feast in Obando celebrated from May 17 to 19, devotees – childless couples, parents, farmers and fishermen - also honor Obando Church’s patron saints on the Feast of St. John the Baptist.

The image of the Virgen de Salambao was found by brothers Julian, 20, and Juan de la Cruz, 18, in 1793 inside their net (salambao). With them was their helper Diego de la Cruz. The brothers were fishing in the river Hulongdoong in barrio Binuangan, then part of Bayang Tambobong (now Malabon). They immediately rushed the image to the nearest church, the Church of San Jose in Navotas, but the salambao turned heavy rendering rowing difficult and the river current ran to the direction of Obando, eventually, they failed to bring the image to the said church.

The image of the Our Lady of Salambao started bringing blessing to the town and those who flocked to honor her in her feast day May 19. Those who implore her help dance the fandango in the streets of Obando and inside the church. Her miraculous image grants spouse, children, fruitful business ventures and good health.

Obando is on the south of Bulacan and is 16 kilometers away from the Rizal Monument in Luneta. To go there, you may arrange tours with travel agencies. If you plan to go by bus, take the Baliwag or Royal Eagle bus lines. 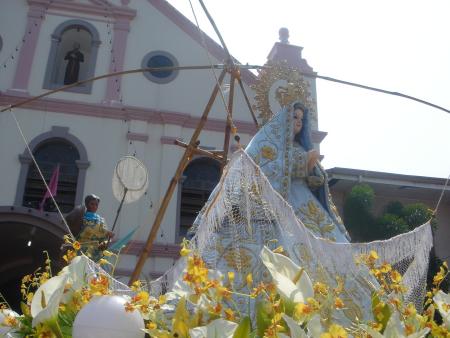