Our Lady of Good Success

Our Lady of Good Success (Spanish: Nuestra Señora del Buen Suceso; Filipino: Ina ng Mabubuting Pangyayari), also called Our Lady of Good Events, is one of the titles of Blessed Virgin Mary. This title is shared among numerous images around the world — a number of images in Spain, one in Quito, Ecuador, and one in Parañaque City, Philippines. It is claimed that Quito's image had produced an apparition - to Mother Mariana de Jésus Torres.

Two Spanish friars, Brothers Gabriel de Fontaned and Guillermo de Rigosa traveled to Rome to meet the Pope for the approval of their order (The Order of Minims for the Service of the Sick or The Order of Saint Francis of Paola). As they were passing through the town of Traigueras (under the jurisdiction of Tortosa in the Principate of Catalonia), a furious storm descended upon them. The brothers prayed for God's guidance and help. Immediately they saw a mysterious light coming from a cave in a cliff. Climbing up, they entered and found a beautiful statue of the Virgin Mary holding the Baby Jesus in her arms. They reported being surrounded by shimmering lights and fragrant scents. As no one claimed the statue, the two carried it with them, hoping that the Blessed Mother would help in getting approval for their order.

On arriving in Rome, the brothers were worried that they might not obtain papal consent. However, Pope Paul V on hearing the story of their journey, knelt before the statue and placed his pectoral cross around its neck. As he embraced and kissed the statue, he said:

“Look Brothers! She is smiling! Why does she smile so? What good success you have had on this journey! There is no doubt that Our Lady has deigned to protect and support you in your work. Therefore it will not be me that will go against Her. May all of your efforts obtain good success!”

He then blessed it and christened her Our Lady of Good Success. The image was placed in the Royal Hospital of Madrid, where it became famous "for the numerous favors granted by Heaven through her". In 1641, Philip III ordered the construction of the Church of Our Lady of Good Success. This enshrines the image renowned among the churches of Madrid. Soon, as its popularity and devotion spread, the image was replicated in several places in Spain: Orduña, La Puebla de Gordon, Tudela, Abla, among others.

There is a representation of 'Virgen de la Buena Suerte" in the chapel of the Catholic Monarchs in Granada, Spain. Another image with the same name is located in Prats de Llusanès, Barcelona.

In 1577 five Conceptionist sisters traveled from Spain to Quito, Ecuador to start the first convent. Mariana de Jésus Torres, one of the young nuns, is said to have seen the Blessed Mother. On February 2, 1610, as Mariana was praying, the Blessed Mother appeared to her and commanded a statue to be made to her likeness.

“First so that men in the future might realize how powerful I am in placating Divine Justice and obtaining mercy and pardon for every sinner who comes to me with a contrite heart. For I am the Mother of Mercy and in me there is only goodness and love. When tribulations of spirit and sufferings of the body oppress them and they seem to be drowning in this bottomless sea let them gaze at my holy image and I will always be there ready to listen to their cries and soothe their pain. Tell them that they should always run to their Mother with confidence and love...”

Over the course of ten years Mother Mariana struggled with the issue of completing the statue. Many obstacles prevented its sculpting. One obstacle was a fear of idolatry on the part of the native people in Quito. Another was Mother Mariana’s personal fear of not being believed and thus putting the convent in jeopardy. In the year 1610, she asked the permission of the Bishop to create the statue. The sculpting of the statue of Our Lady of Good Success was given to Francisco del Castillo. Castillo was chosen as he was a talented sculptor and a devotee of the Blessed Mother. The statue of Our Lady of Good Success was blessed on February 2, 1611. On that day, she was placed above the seat of the Abbess chair at her own specific request as a sign to all that she was the one who governed and watched over the convent. Her official title being that of “Mary of Good Success of the Purification”. 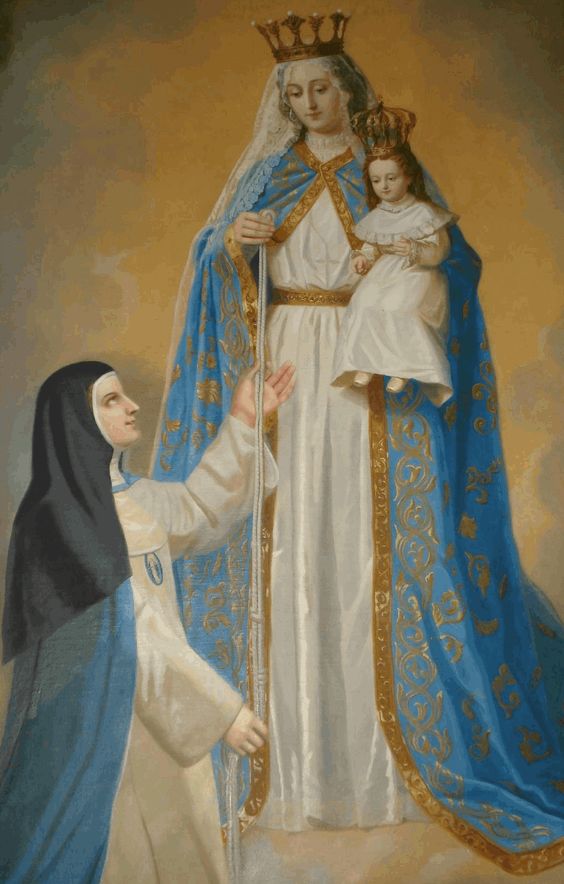