Miraculous Painting of the Holy Mother of Kalwaria Zebrzydowska 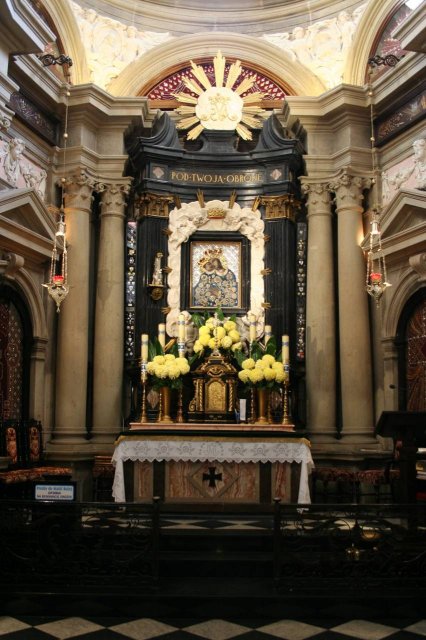 The painting was crowned on 15th August 1887

Holy Mother of Kalwaria, pray for us

It is worth to notice, that Christianity in Poland was received first by the sovereign Mieszko (966), and after him by other persons from his environment, by magnates: the Polish nobility and counts. Going after the example of the most educated persons at that time, also other Polish started to receive baptism.

On Saturday, on 4th May arrived a lot of persons, who desired to see the tears of the Holy Mother. It caused that Mr. Paszkowski decided to carry the painting to the church on the next day, that is on Sunday.

After confession, Mr. Paszkowski started on a journey to carry the Painting to Marcyporęba. At this moment however, some unseen hand led him in another direction. He wandered long time with this painting, and finally he reached the Sanctuary in Kalwaria Zebrzydowska.

However, At the beginning the monks did not receive permission to place the painting in the church. On 4th October 1658 (17 years later) a bishop of Kraków Mikołaj Oborski permitted to carry the painting to the church.

Soon after magnate Michał Zebrzydowski founded the chapel for this Miraculous Painting, in which chapel this painting is by today. 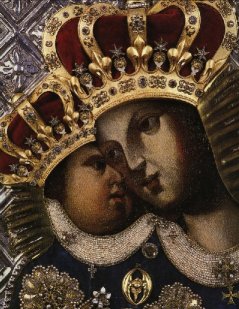