The story of Leo de Bondt and the Start of Marypages 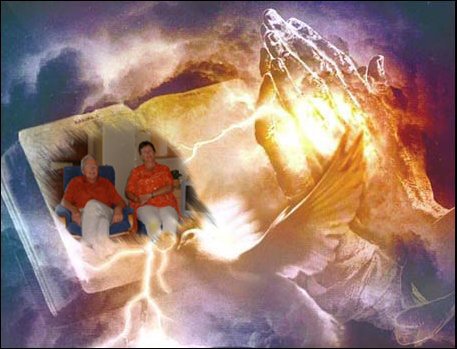 My Wife, Joanna and I

I was born on December 29, 1941, in The Hague, Holland and I was brought up in a Protestant environment. On July 29, 1962, I met a girl from a Catholic family. At that time, I was 20 years old and a conscript in the Royal Dutch Navy; she was 15 and a salesgirl at a grocery shop. In the end, under duress, I converted to Catholicism, which under the circumstances meant little to me. We were married on October 4, 1966, in the Catholic Church. My bride asked if we could pray and put flowers at Mary' s statue on the altar on our Wedding. I agreed, but must admit that I wasn't too familiar with Mary, nor was I very interested in her. I couldn't appreciate the feelings people had for this person, "Mary".

On April 14, 1967, we were blessed with a dear little girl, Monique, and within a year, on March 2, 1968, a dear son we called Robin. Monique suffered from acute leukemia and died on July 14, 1972, at age 5. We had just moved on July 1, to another place in Holland. In this new place, we didn't receive any support from anybody and that included the Catholic Church. My wife and I went into a deep depression. I hated God for letting this terrible thing happen to us. It would be impossible for Him to exist and even if He did exist, why should I worship someone who had touched my life like that. I lost my faith. I cursed anything to do with religion. I hated all religions. I felt like an atheist for the next 15 years, till 1987 the beginning of the year of Our Lady.

I detested the Catholic Church till Mary called on me.

On 6 June 1987, which was in the Marian Year proclaimed by Pope John Paul II, my eldest son Robin came home with a newspaper with a very beautiful image of Mary in it, as she is represented in the church St. Andrea delle Fratte in Rome. 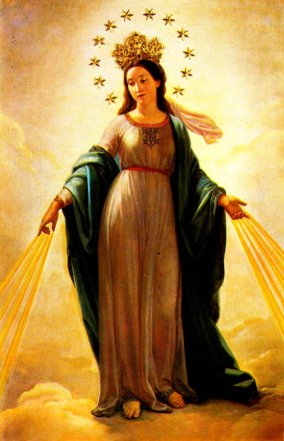 Then Mary called me!!

From that moment on my life totally changed.

Something happened that I had never felt before. I can't formulate it in any other way. She brought me back to Jesus, like Ratisbonne. I, who had lived the past 15 years like an atheist, was called by her. Only there was no apparition and neither did I become a priest like Ratisbonne had. However, I did experience Our Lady in the form of a special Grace bestowed on my family.

I cried many times, as I suddenly began to experience such strong emotions, that I did not know how to deal with them! What was happening to me?........... I changed completely. That is certain. It was a total reversal in my life. At that moment however, I did not know what to do with it. What happened with me? I can't explain it in any other way. I thought: "Why me?" Do you have an instruction for me? I was unable to understand why Maria came into my life with so many emotions.

Whilst watching 4 different television broadcasts about The Blessed Virgin in 1987, I cried throughout all of them. Why I do not know. She called me, but why? I still don't know why at this moment.

To give my love for Mary to the world I started a homepage on the Internet called: "Marypages", a non-commercial Catholic website. It started in 2001 and since then has grown to become one of the biggest sources for information about Marian apparitions. Marypages also offers information about Saints, holy places and the Christian feasts. Further, you will find religious stories and prayers in all different languages. Marypages has been translated into 10 different languages to make it available for almost everybody worldwide. All pages are decorated with nice graphics and music to make it pleasant to read.

I do not know why I have received a calling to serve Our Blessed Virgin Mary - but I am honoured to be able to respond to her.

In 1988, my nephew Robbie, my twin brother, Rob's little boy became dangerously ill with the disease called: “The Guillian-Barré Syndrome My twin lives in Sydney, Australia. Robbie became completely paralysed. I heard about this from my brother via a telephone call from Australia. But ........................

In my bedroom that evening, I felt very sad and prayed: "Mary what do you want of me?  If you really exist, give me a sign and heal this little child in Sydney".

Two days later, my twin brother phoned my parents to say that his son had recovered for the full 100%.

After 13 years, my twin brother send me this email:
"Robbie was in hospital for nearly two months, 6 weeks of which he spent in Intensive Care. He was totally paralysed. He wasn't even able to move his eyelids by himself. He was on a ventilator, which breathed for him. The first two weeks he was critically ill and then underwent Plasmapheresis for two weeks (a blood purification proces). It is amazing that he got better so very quickly and completely. IT IS A MIRACLE. Even the doctors were stunned; one actually said: " There are some things which we doctors cannot explain." For us, this was a MIRACLE and has greatly influenced our lives, the way we think and live daily. An awful lot of prayers were said and offered for Robbie and our PRAYERS were answered".

You can read this story in the newspaper article below. 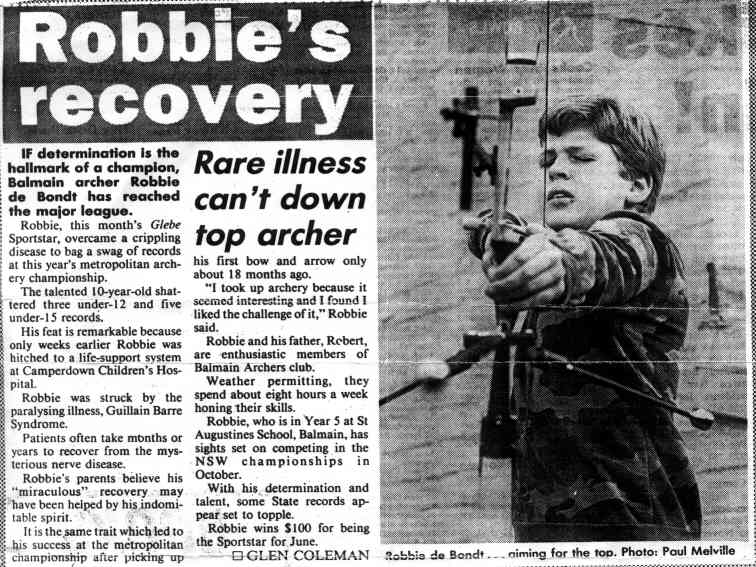 Rob, my twin , was of course, Protestant like me and also became Catholic after the miraculous healing of his son.
He doesn't know that I asked for the Blessed Virgin for Robbies healing.

Later a priest told me that such things happen and that the smell of flowers in my bedroom was a grace of God.

Please give me your opinion about this story.

By God, I swear that this story is true.

Our Lady, next to my family, plays the most important role in my life. I admire Saint Maria Goretti enormously. I'm especially attracted to her because she is a paragon of purity, virtue, honesty, mercy and her great love for Our Lady. Someone like that stands for me above all. Our Lady and Maria Goretti will, therefore, always adorn our lounge room.

I also wear the Miraculous Medal. When I first converted to Catholicism, I hardly knew about Mary, but now she means "everything" to me. Through events, which I experienced after this, I started to question myself if there might be some religious task for me in this life. I am not too sure about that. However, I see it as something lovely and beautiful for everyone who visits my homepage to witness my love for Our Lady, but more importantly, her love for all mankind.

Every week more and more pages are added to Marypages in 11 different languages. Totally there are more than 1.300 pages. At the moment we have more than 48 million visitors. More than 4.700 people wrote into our Guestbook. So we spread the love of Our Blessed Mother Mary and Her beloved Son Jesus all over the world. We give consolation by illness, pray, send prayers, pictures, give information and many people are coming back to the Roman Catholic belief.

Because it involves so much works and since there are between 17.000 and 27.000 visitors per day, I could no longer pay for all the bills myself. Therefore Marypages became a foundation (my wife Joanna, my son Robin and myself). The foundation will secure the future of Marypages.

In this way, I will try to attract the attention of the rest of the world for Our Lady, the Blessed Virgin Mary.

The Foundation Board of Marypages 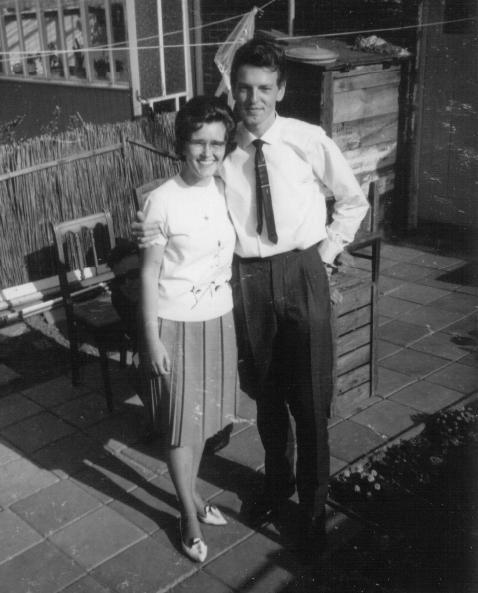 God bless you all,
Grandpa Leo de Bondt from Holland (78)