Maria Esperanza and Our Lady of Betania 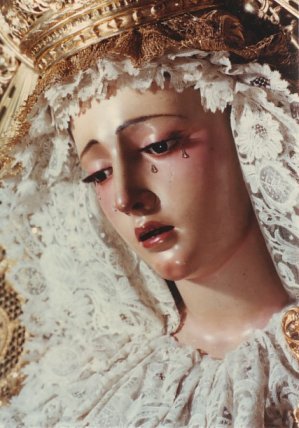 Our Lady of Betania

Maria Esperanza was born in the village of San Rafael, Barrancas, in the far southeastern corner of the State or Province of Managas, Venezuela on November 22, 1928. Her mother had desperately wanted a daughter, she already had three boys, and asked the Blessed Virgin Mary to grant her a girl. True of the prophecy of a local woman, who in an omen foresaw the birth of an extraordinary child, Maria was born on the feast day of Saint Cecilia, who is associated with music. The birth occurred while Maria's mother was taking a trip by boat and in fact arriving at a port in search of better medical facilities. It was a very painful delivery, and during her pregnancy Maria's mother had often prayed before a picture of the Blessed Mother - offering her child to Mary and promising to name the child Maria and Esperanza if it was a girl.

So came into the world "Mary Hope," destined to shine like a star, destined to be an instrument of heaven. She was a sick, suffering youngster who often recovered from disorders in momentous ways. Prodigious too was her yen for the spiritual. As a child she often played with dolls dressed as priests or nuns. When she was five she had her first mystical experience with the apparition of Saint Theresa of the Little Lower, who from the waters of the Orinoco River tossed her a red rose. At twelve she became sick with an acute bronchial-pneumonia; but after having a vision where she saw Our Lady of the Valley, Patroness of Margarita Island, she recovered miraculously. During her adolescence, Mrs. Maria Esperanza’s health was frail and her heart grew weaker and weaker. Later on, the onset of another illness partially paralyzed her. She was told by twenty-two physicians she had no hope of life. Then, she was healed again after the Sacred Heart of Jesus appeared to her, and gave her the first of hundreds of messages.

Following her profound desire to be a Religious, she lived for a period of time with the Franciscan nuns in Merida. On October 3, 1954, at the end of a Mass in the Chapel of the Convent, she had another implausible experience. Once again, Saint Therese the Little Flower appeared and once more a rose was "thrown" to her. But this time when Maria went to catch it - as she had done as a girl of five - it wasn't a rose that landed in her hand. Instead there was blood. It was the onset of Maria's stigmata. "Work out your salvation as a wife and mother," the Little Flower instructed Maria, who indeed sensed that her vocation would be that of a family woman but went to Rome to live at the Ravasco Institute, which was operated by the Daughters of the Hearts of Jesus and Mary at the Vatican. 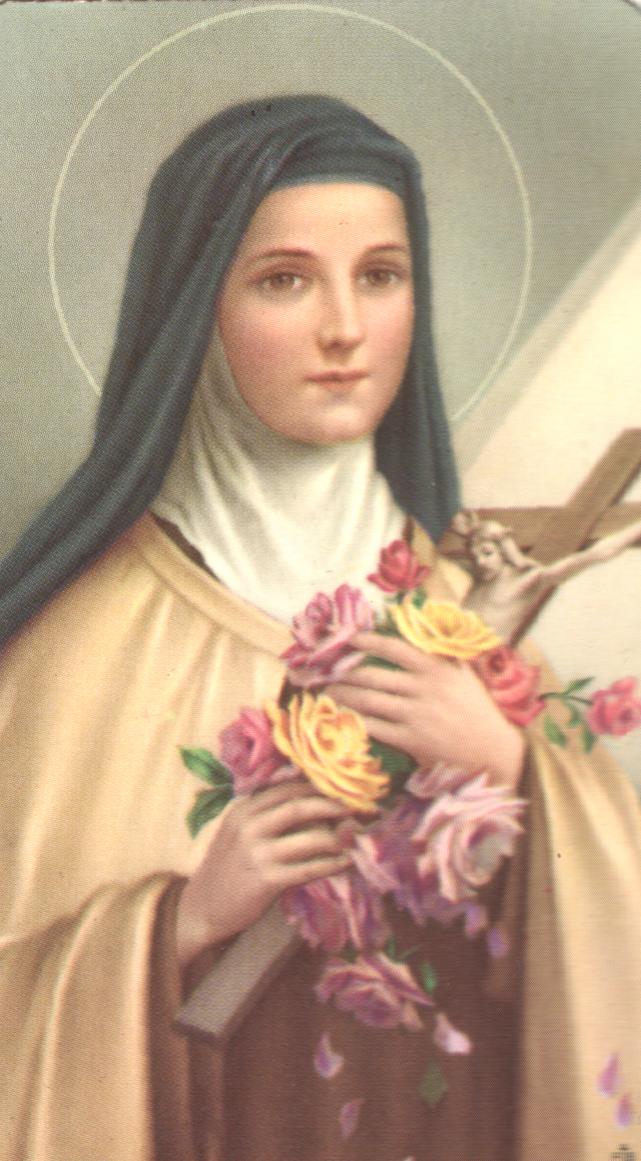 On August 22, 1954, on a visit to Caracas, Maria had a dream about a place where miracles would take place and where there would be an unusual blue butterfly. In 1956 she returned to Rome where she met her future husband, Geo Bianchini Gianni, as had also been foretold to her. The following October 13 - anniversary of the "great miracle" of Fatima - the Blessed Mother told Maria she would be married on December 8, 1956 - yet another feast day, this time the feast of the Immaculate Conception (and Geo's birthday). They were married that day in the choir chapel of the Immaculate Conception at St. Peter's Basilica. No one had ever been married there during the holy season of Advent, and it was only after a cleric, Monsignor Julio Rossi, parish priest at St. Peter's, noticed the incredible aura around Maria, as well as the scent of roses. That caused him to go to Pope Pius XII, who knew of Maria and secured final approval for a ceremony in the historical chapel. Their first child, a daughter, was named Mary Inmaculada.

During these younger years Esperanza made the acquaintance of Padre Pio, the most famous mystic since Francis of Assisi, who had told people he expected to be visited by an extraordinary woman. "There is a young woman who is going to come from South America," Pio said. "When I leave, she will be your consolation." When finally they met, Maria would hear his "call" even though she was far away near Rome and she would head for his monastery at San Giovanni Rotundo on the barren east side of Italy - where despite throngs waiting to see him the aged priest called out: "Esperanza!" On September 23, 1968, Maria had a vision of Padre Pio. "Esperanza," he said in the vision, "I have come to say good-bye. My time has come. It is your turn." As this was happening Geo watched with amazement as his wife's face transfigured into that of the Italian priest. The next day they saw in the newspaper that Pio (whose funeral would be attended by more than a million) had died.

One thing she had discussed with Pio when he was alive was her vision of a special plot of land where the Virgin Mary would appear. In the vision Maria had seen an old house, a waterfall, and a grotto. "From 1957 until 1974, we searched for this land in all of Venezuela," says Geo, who had oil concerns and a construction business in Caracas. Then came a visit from a friend who came to ask for help during a drought. The cattle on his land were stricken with hunger and Maria told Geo they should go see it. When they did, in March of 1974, they immediately fell in love with the picturesque hillside about an hour and a half from Caracas. "It corresponded exactly with the vision my wife had been given," says Geo of the land known as Betania. There was an old sugar mill on the land, and although it wasn't apparent at first, a stream and waterfall were also located on the property. Geo and his partners purchased the land and cleared the hillside. They saw it as a place for all faiths - not just Catholics. And Betania quickly became a sanctuary.

Our Lady appeared to Maria Esperanza for the first time on March 25, in 1976. The Virgin Mary manifests herself under the title, "Mary, Virgin and mother Reconciler of all people and nations". More apparitions took place for her and for some people very close to her, generally the same date or during other Marian Feasts. Everything changed radically on March 25, in 1984 when the Virgin appeared to 108 people. This group as well as other people, who saw the Virgin at different moments, gave their affidavits to the former Bishop of Los Teques, Monsignor Pio Bello Ricardo (+). He then began an investigation that lasted three years that concluded with the approval of the apparitions. This Ecclesiastic approval was the fourth the Church granted in the twentieth century, and it states that these apparitions are authentic and of supernatural character.

Maria Esperanza died Saturday August 7, 2004, at 4:36 a.m. in Southern Ocean County Hospital near the New Jersey shore, after a long bout with a Parkinson's like ailment. All her family members were by her side at the hospital. After her death the room was filled with a strong fragrance of roses. She was 75. Maria Esperanza is survived by her husband Geo, seven children and grandchildren.Maria Esperanza was considered to be one of the greatest mystics of our time, showered with many gifts from God. She has displayed a number of incredible unexplainable phenomena that defies natural humanistic explanation. She suffering with the piercing signs of stigmata and had the ability of healing, levitation, bilocation, and capability of predicting future events.

This apparition is officially approved by Bishop Pio Bello Ricardo on November 21, 1987, who declared Finca Betania as a sacred place for pilgrimages, prayer and worship. 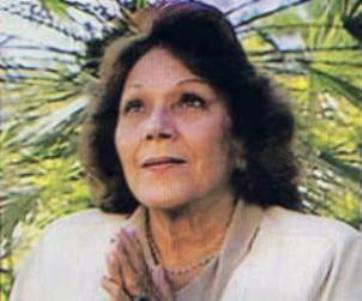