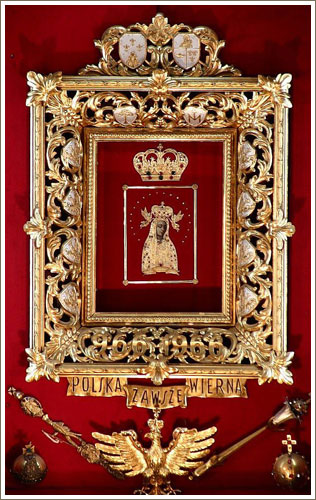 The current picture The miraculous painting

Lichen – it is a small town in the West part of Poland, called Wielkopolska.

The first apparition took place in 1813, it was time when Poland did not exist as a country and it was divided by 3 countries: Russia, Germany and Austria-Hungary. It was terrible time for all Polish people, as it was impossible to use our own language in schools. Such situation lasted by 1918, more than 120 years.

The Polish people prayed to have again the free Homeland. In such circumstances, the Holy Mother appeared to Polish people and asked them to pray and convert themselves. 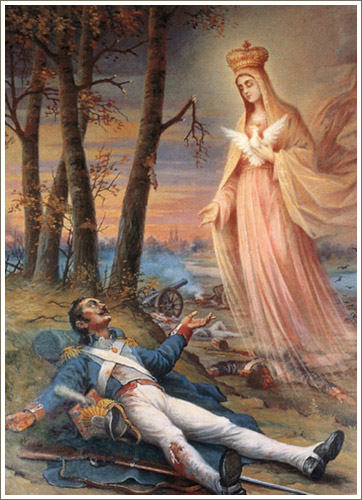 Mr. Tomasz Kłossowski who was a squire, fought for freedom and took part in wars and insurrections and after that the invaders took his family estate and he became poor. Mr. Kłossowski moved to Izabelin near Lichen and started to work as a smith. He took part in one more war in 1813 and he was hurt and close to death. It happened near Leipzig, Germany. Mr. Kłossowski did not want to die in a foreign country, so he prayed and asked the Lord to allow him to come back to Poland and to die in Homeland. In one moment the Holy Mother appeared to him and informed that he would be healed and he would come back to Poland and She had request. Our Lady asked Mr. Kłossowski to find a picture of Her, which he saw and to worship this picture. When Mr. Kłossowski come back to Poland, he started to search for such picture an finally he found it, when he was coming back from pilgrimage to Czestochowa. He found it in village Lgota. He took the picture and hang it on a tree in the Grablin forest. Soon after he died.

The apparition of the Holy Mother to Mr. Tomasz Kłossowski, In Leipzig, 1813

Two years later the Holy Mother appeared to Mr. Mikołaj Sikatka. It was 1850. Our Lady called people to conversion, penance and prayer. She informed about the punishment which will come: about the wars and an epidemic of cholera. The Holy Mother gave hope and promised:

“When hard days will come, those people who will come in front of this picture and will pray and do penance, will not die. Whenever this nation will come to Me and ask for help, I never leave this nation, and I will protect this nation and I clasp this nation to My heart like I did it with this White Eagle. The picture should be placed in a better, more proper place and should be publicly worshipped. The pilgrims from the whole Poland will come to this picture and they will find consolation in their distresses. I will reign for My nation for ever. On this place it will be built a magnificent church for My veneration. If people will not built this church, the angels will built it.”

The White Eagle is the emblem of Poland, so it was wonderful sign for all Polish people. 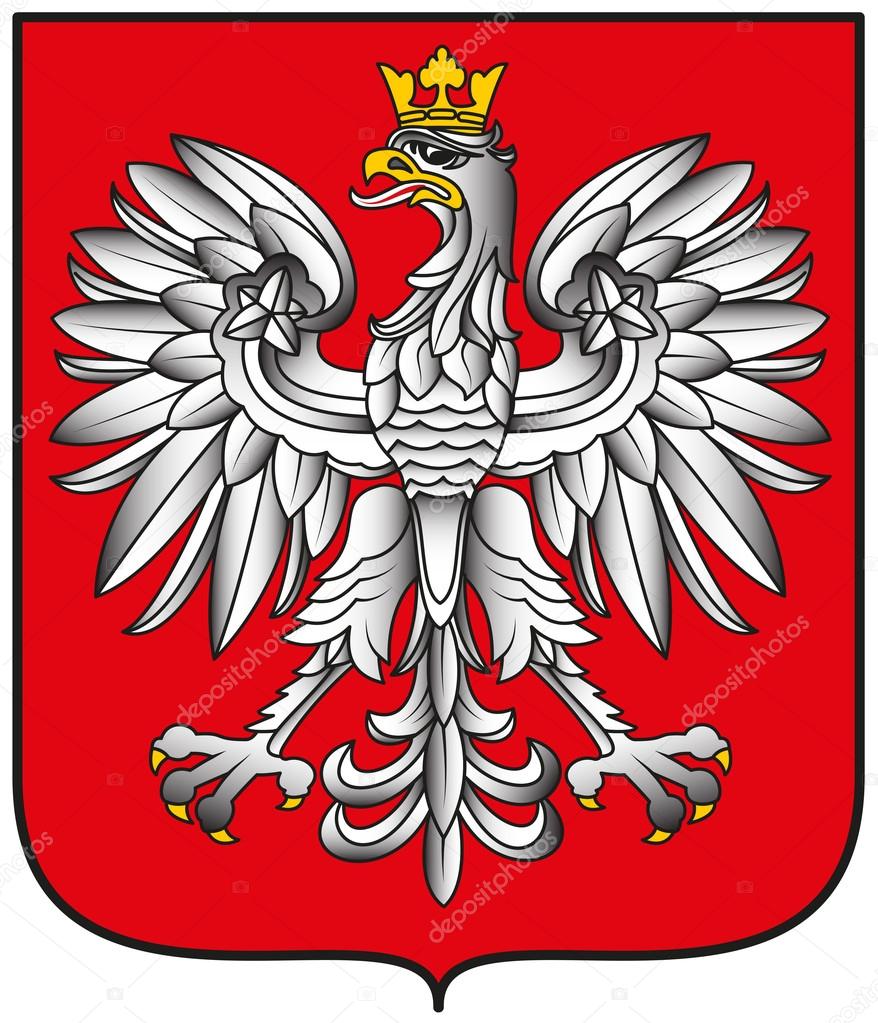 The apparitions to Mr. Mikołaj Sikatka in 1850, Grablin forest, Poland 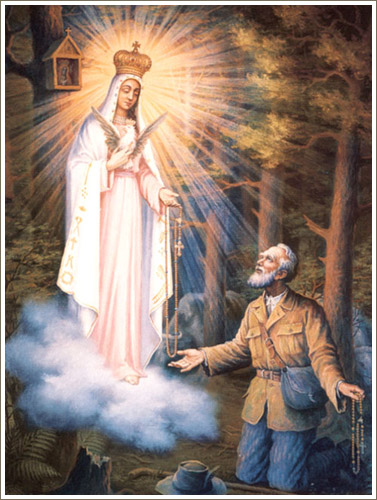 The promises of the Holy Mother soon came true. In 1852 the epidemic of cholera began and thanks to prayers in front of this picture people received graces. In September 1852, the picture was placed in Parish Church in Lichen.

The large Sanctuary started to be built in 1994. This Sanctuary is also a votive offering of the Catholic Church in Poland. On 2nd July 2006 the miraculous picture of the Holy Mother of Lichen was placed in a new Sanctuary. 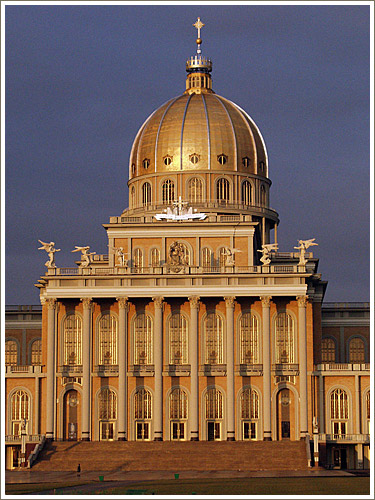 The Basilica in Lichen, a votive offering of the Polish Nation 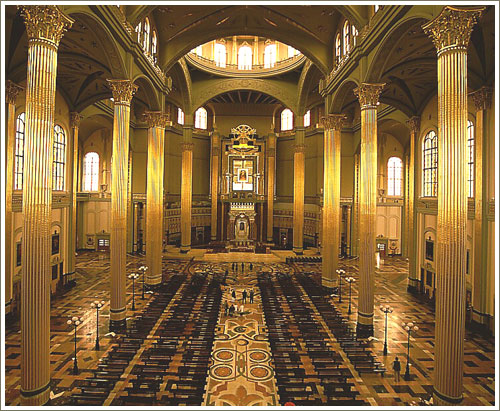 The nave in the Basilica in Lichen 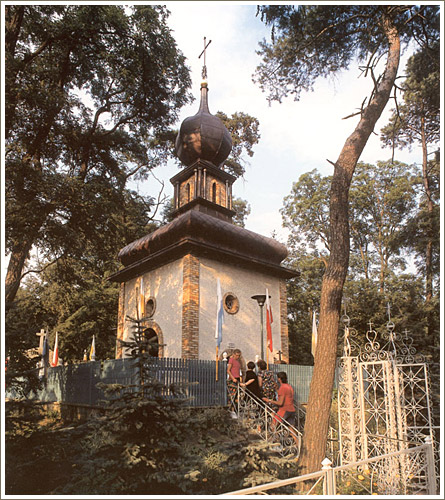 The Chapel on the place of apparitions in Grablin forest 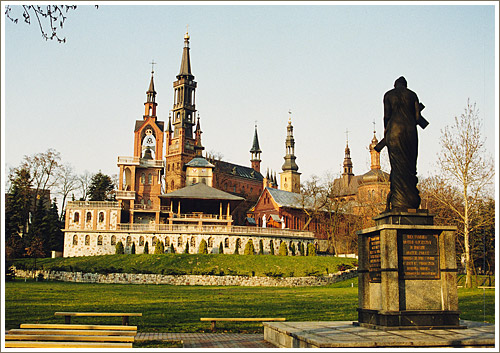 The old part of the Sanctuary in Lichen

We would like to say thank you to the Sanctuary in Lichen, to the Centre of Information and Promotion of this Sanctuary for allowing us to use the information from their website.