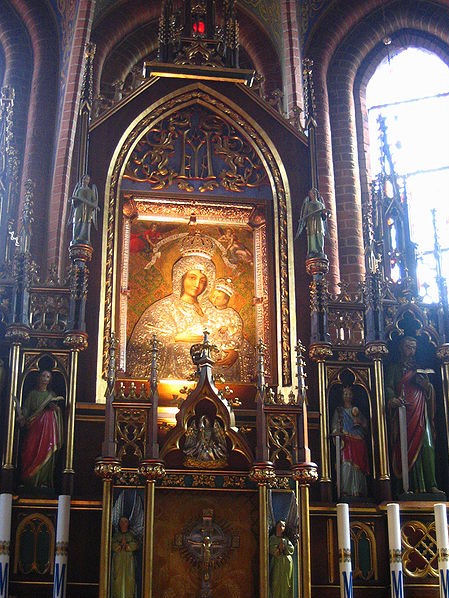 The Holy Mother appears in Gietrzwałd, Poland (in 1877)

Gietrzwałd - it is a village in the North-East part of Poland, in Masurian-Warmia region, 20 km from the town Olsztyn. In the time, when the apparitions took place, Poland was partitioned among 3 countries and did not exist on the map of the world (1795 – 1918). In Masurian-Warmia region, the Polish people were forced to speak German. The Holy Mother, who appeared to two young girls – to Justyna Szafryńska and Barbara Samulowska, came with a message of conversion, penance for the sins and She gave a great hope to the distressed people. She said messages in Polish language - what cheered the Polish people very much in the period, when Poland did not exist as a country.

It took place on Wednesday, on 27 June 1877, in the moment, when Justyna Szafryńska was coming back from the church together with her mother, after the exam from Catechism which she passed. This exam allowed her to receive the First Holy Communion. It was the evening and the bell from the church tower, rang for the Angelus. Justyna noticed the Holy Mother between the two withered boughs. The Most Holy Mary had the long hairs. After a moment, the Child Jesus descended from Heaven in white-yellow clothing. Both go to Heaven. The Child Jesus is on the left side of the Holy Mother.

It took place on Thursday, on 28 June 1877. This time both girls: Justyna Szafryńska and Barbara Samulowska saw “The Beautiful Lady”. 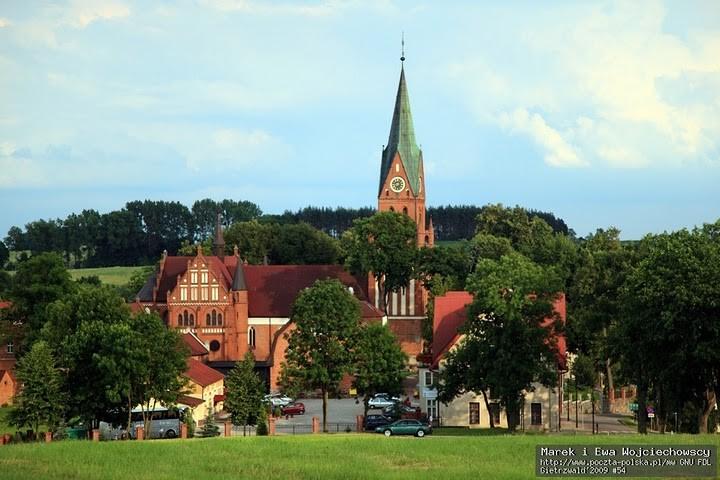 Justyna asked: “What You require Holy Mother”? and she heard the answer: „I require, so that you pray Rosary everyday!”.

On this day, the children from the parish in Gietrzwałd received their First Holy Communion. Justyna asked during the prayer of Rosary under the maple-tree “Who are You?”, and the Holy Mother answered: „I am The Most Holy Virgin Mary Immaculately Conceived!”

On the question, what it means, if somebody swears falsely, the Holy Mother answered: “Such person is not deserving to go to Heaven, such person is induced to do it by Satan”.

The apparition on 8 September 1877

On 8 September 1877, about seven o’clock in the evening the Holy Mother blessed the spring and said the words: “Now, the sick people can take this water for their healing”. 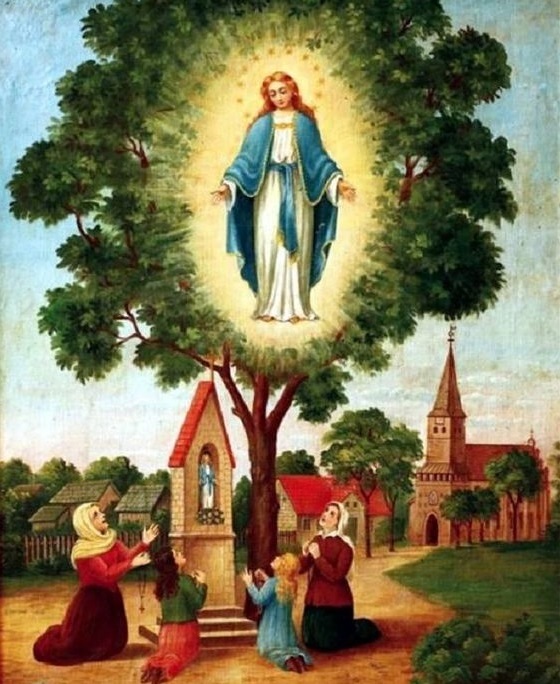 On 16 September 1877, about five o’clock in the evening the Holy Mother blessed, at the beginning Her own figure in the small chapel, and after that She blessed all people who asked for it and all people. At the end, She said:

On 10 September 1967, The Primate of Poland, Cardinal Stefan Wyszyński, crowned the painting of the Holy Mother.

On the 2 February 1970 Pope Paul VI granted to the church in Gietrzwałd the title and dignity of the Basilica Minor.

"These apparitions of the Holy Mother are fully approved by the Holy See: in 1977."

Holy Masses can be ordered here

In 1879 the Holy Mother appeared once
more, this time in Knock, Ireland