The house of the Virgin Mary in Ephesus 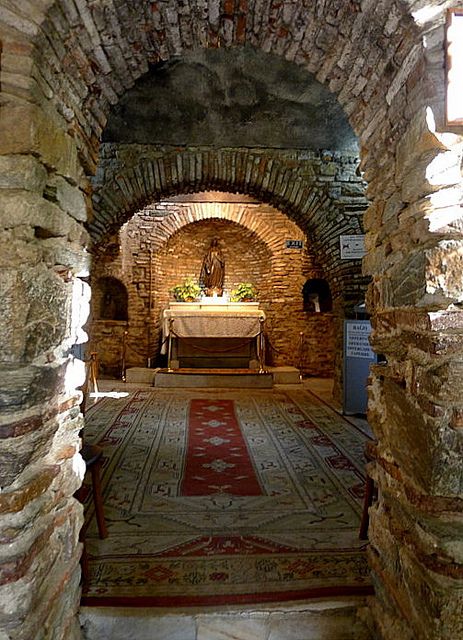 The House of the Virgin Mary is located on the top of the “Bulbul” mountain 9 km ahead of Ephesus, the shrine of Virgin Mary enjoys a marvelous atmosphere hidden in the green.  It is the place where Mary may have spent the last years of her life. She was supposed to arrive at Ephesus together with St. John and lived there in the years 37-45 CE until her Assumption (according to Catholic doctrine) or Dormition (according to Orthodox belief).

The house was discovered in the 19th century by following the descriptions in the reported visions of Blessed Anne Catherine Emmerich (1774–1824), a Roman Catholic nun and visionary, which were published as a book by Clemens Brentano after her death. The Catholic Church has never pronounced in favour or against the authenticity of the house, but nevertheless maintains a steady flow of pilgrimage since its discovery. Anne Catherine Emmerich was Beatified by Pope John Paul II on October 3, 2004.

Catholic pilgrims visit the house based on the belief that Mary, the mother of Jesus, was taken to this stone house by Saint John and lived there until her Assumption (according to Catholic doctrine) or Dormition (according to Orthodox belief).

The shrine has merited several papal Apostolic Blessings and visits from several popes, the earliest pilgrimage coming from Pope Leo XIII in 1896, and the most recent in 2006 by Pope Benedict XVI.

of Emmerich's visitors was the author Clemens Brentano who after a first visit stayed in Dülmen for five years to see Emmerich every day and transcribe the visions she reported. After Emmerich's death, Brentano published a book based on his transcriptions of her reported visions, and a second book was published based on his notes after his own death.

One of Emmerich's accounts was a description of the house Apostle John had built in Ephesus for Mary, the mother of Jesus, where she had lived to the end of her life. Emmerich provided a number of details about the location of the house, and the topography of the surrounding area:

Mary did not live in Ephesus itself, but in the country near it. ... Mary's dwelling was on a hill to the left of the road from Jerusalem, some three and half hours from Ephesus. This hill slopes steeply towards Ephesus; the city, as one approaches it from the south east seems to lie on rising ground.... Narrow paths lead southwards to a hill near the top of which is an uneven plateau, some half hour's journey.

Emmerich also described the details of the house: that it was built with rectangular stones, that the windows were high up near the flat roof and that it consisted of two parts with a hearth at the center of the house. She further described the location of the doors, the shape of the chimney, etc. The book containing these descriptions was published in 1852 in Munich, Germany.

Position of the Roman Catholic Church

The Roman Catholic Church has never pronounced on the authenticity of the house, for lack of scientifically acceptable evidence. It has, however, from the blessing of the first pilgrimage by Pope Leo XIII in 1896, taken a positive attitude towards the site. Pope Pius XII, in 1951, following the definition of the dogma of the Assumption in 1950, elevated the house to the status of a Holy Place, a privilege later made permanent by Pope John XXIII. The site is visited and venerated by Muslims as well as Christians. Pilgrims drink from a spring under the house which is believed to have healing properties. A liturgical ceremony is held here every year on August 15 to commemorate the Assumption of Mary. 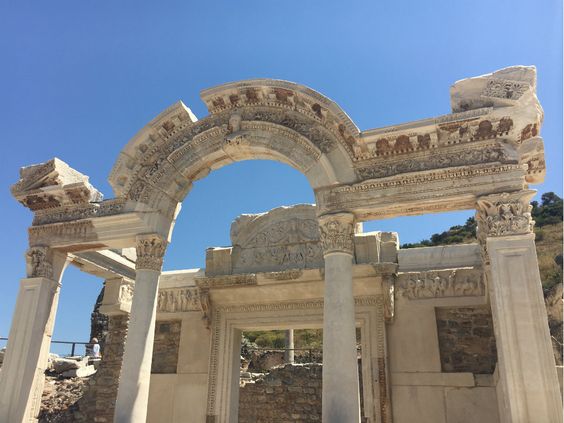