Our Lady of Cotignac 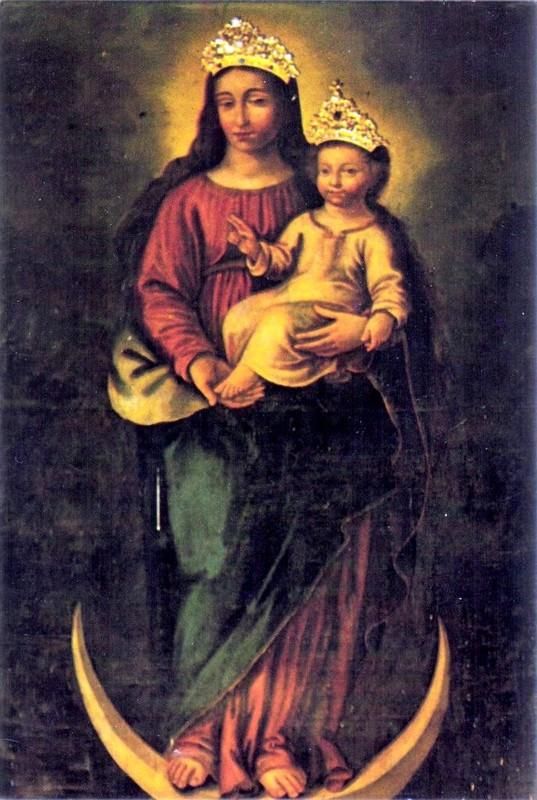 Also called: "Our Lady of Grace"

In those times of unity and faith, when Europe was faced with great danger, in the year of 1519, Provence had been part of the French Kingdom for 38 years; the King being Francois 1st. The people were profoundly Christian. At that time being faithful, responsible, hard working, and being Christian were one and the same.

On the 10th of August, a woodcutter, John de la Baume, went up to the Verdaille hill. He was alone. As usual, he started his day in prayer. When he stood up, he saw a cloud, from which appeared the Virgin Mary with baby Jesus in her arms, surrounded by St. Bernard of Clairvaux, St. Catherine the martyr and the St. Michael the Archangel. Our Lady was standing with her feet on a crescent moon.

She spoke to John in the following way: "I am the Blessed Virgin Mary. Go and tell the clergy and the Consuls of Cotignac to build me a church on this place in the name of Our Lady of Graces, and that they should come in procession to received the gifts which I wish to bestow. Was this a hallucination? Doubtful or not, John kept the message to himself, which entitled him to a second apparition of the Mother of God and of Graces!

The next day, the 11th of August, standing in the same place to finish his wood cutting, he had the same vision and received the same request. This time, he decided to obey and went down to the village immediately.

John was known to be a sober man and both the authorities and the villagers supported him unanimously. A chapel was erected at the site of the apparitions and has been witness to many graces and miraculous signs, most notably the miraculous birth of King Louis XIV- a birth that was difficult to obtain for his royal parents had previously been unable to conceive.

Our Lady of Graces is a Catholic church in Cotignac, a village in Provence. Cotignac is a very unique place in the world because the Church recognized two apparitions of the Virgin Mary and one apparition of Saint Joseph.