Our Lady of Caridad Del Cobre 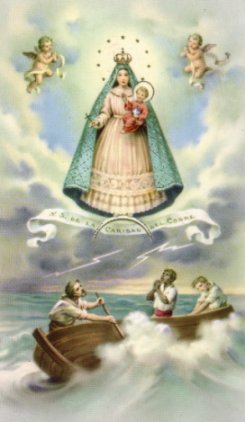 Also known as: Cachita, Our Lady of Charity

Around the year 1608, two native Indians, Rodrigo and Juan de Hoyos, together with a 10-year-old slave boy, Juan Moreno, went out looking for the salt needed to preserve the meat of the Barajagua slaughter house, which supplied the workers and inhabitants of Santiago del Prado, now known as El Cobre. That day they were just able to reach Cayo Francés, halfway across the Bay of Nipe, where they encamped to escape the fury of a storm which would have torn their frail canoe to pieces. Calm was restored with daybreak, and they took to the transparent sea. In the distance, they saw a white bundle floating on the waves and approaching them slowly. At first they took it for a sea bird. As it came closer, it seemed to be a girl and at last they were able to determine that it was a statue of the Virgin Mary holding the child on her right arm and with a gold cross in her left hand. The statue was attached to a plank inscribed: `Yo soy la Virgen de la Caridad (I am the Virgin of Charity).

According to the sworn testimony of witnesses, despite the recent storm and the motion of the waves, neither the figure of the Virgin, nor her clothing, were wet. The head of the statue is of baked clay covered with a polished coat of fine white powder, possibly rice paste, and the recent thorough renovation of the image revealed the fine features which countless paint coatings had deformed. A well shaped nose and a well-proportioned face with large, loving eyes convey a gentleness that invites trust and prayer. The Virgin is about 16 inches high and her feet rest on a brilliant moon whose ends surround on both sides the silver cloud where three cherubs spread their golden wings. The Child, at the left side of the statue, raises a hand as if blessing, and in his other hand he holds a gold globe.

The Lady of Charity, surnamed of El Cobre because her sanctuary was built in that urban center, became one of Cubans' religious preferences almost immediately, since she represents Ochún, the symbol of femininity, fresh water and happiness, in the Afro-Cuban syncretic cult. Several legends about the Virgin's apparition - almost 400 years ago - have contributed to the attractiveness of that figure among believers, town dwellers and visitors in general, mainly foreign vacationers who visit the Caribbean Island from many regions of the world, as a result of the fast development of the leisure industry.

At the request of the veterans of the War of Independence, Our Lady of Charity was declared the patroness of Cuba by Benedict XV in 1916 and solemnly crowned in the Eucharistic Congress held in Santiago de Cuba in 1936. Pope Paul VI raised her sanctuary to the category of Basilica in 1977. On January 24, 1998, at a Mass celebrated during his apostolic visit to Santiago de Cuba, Pope John Paul II crowned the image a second time as queen and patron saint of Cuba. The Holy Virgin herself rests on her Altar, surrounded by flowers and essences. 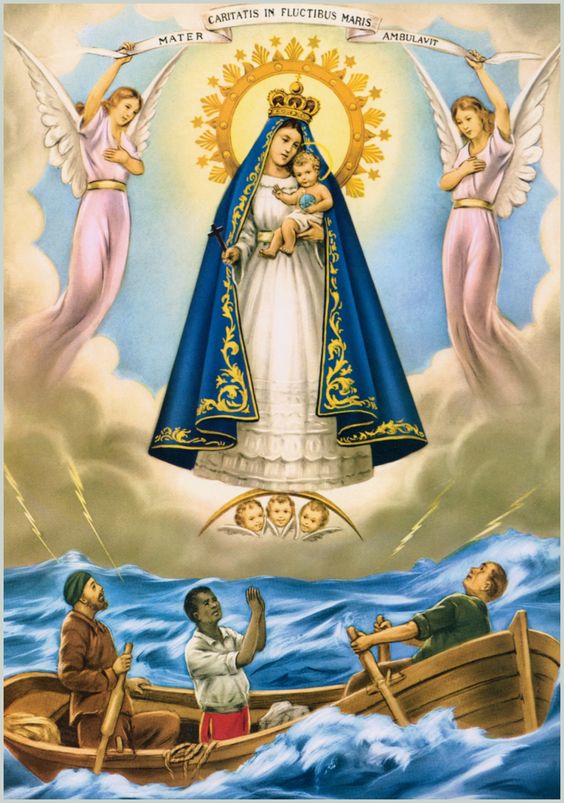