Basilica and National Shrine of Our Lady of Consolation 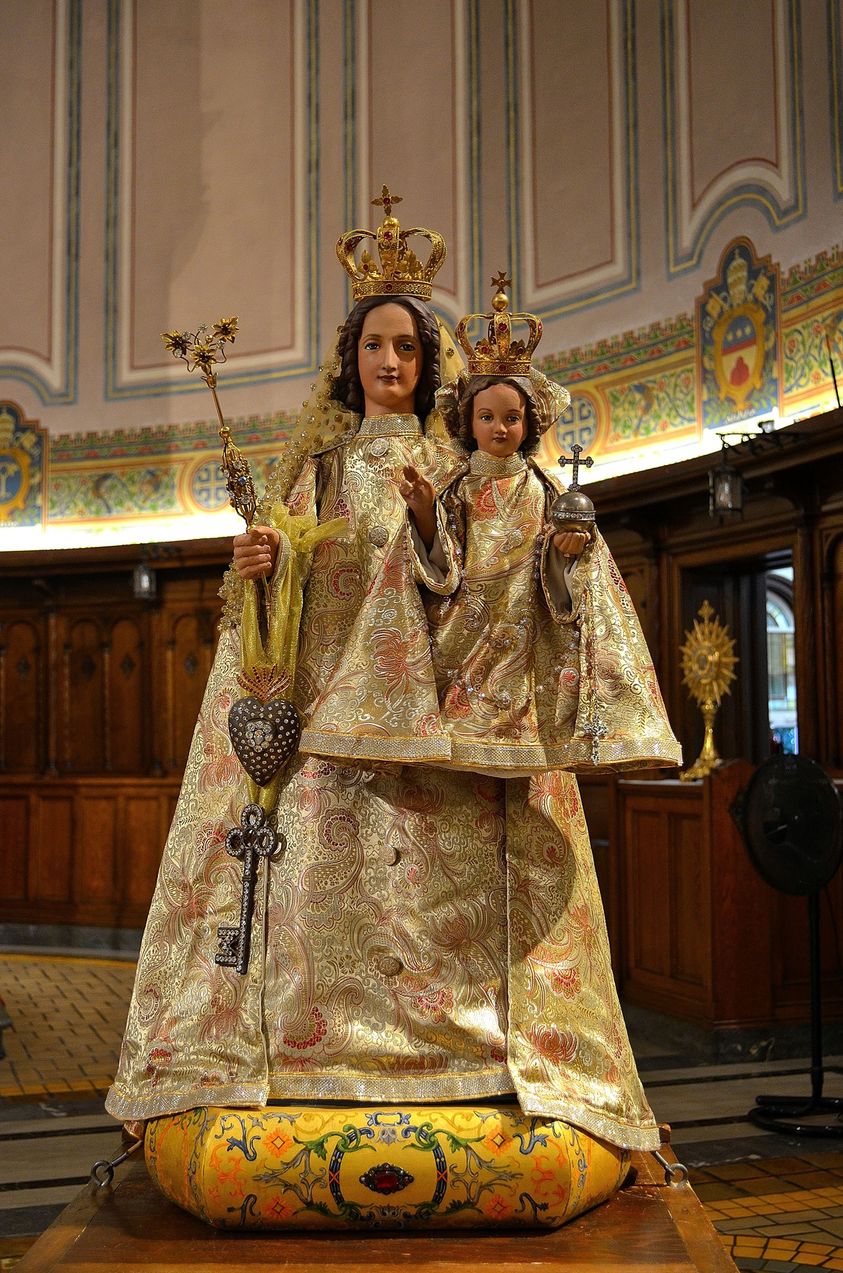 The Basilica and National Shrine of Our Lady of Consolation is a minor basilica of the Roman Catholic Church and a shrine to the Virgin Mary, operated by the Conventual Franciscan Friars. It is located in Carey, a village in Northwest Ohio. It was made a national shrine by the U.S. Conference of Catholic Bishops.

One of the two Roman Catholic basilicas in Ohio, it is one of some 60 basilicas in the United States. It is the site of an annual pilgrimage of Roman Catholics (primarily from the Middle East) to mark the Feast of the Assumption of Mary, celebrated 15 August of every year. The basilica is designated as a shrine to Our Lady of Consolation, Mary, Consoler of the Afflicted.

Devotion to Our Lady of Consolation spread to the United States, where the first shrine was built in Carey, Ohio. A replica statue was commissioned and arrived from Luxembourg in 1875. Cures and healings reportedly continue to take place at the shrine to the present day.

Bishop Joseph Schrembs, first bishop of the Diocese of Toledo, invited the Conventual Franciscans of the Immaculate Conception Province in Syracuse, New York to take charge of the shrine. In 1919, the railroads began offering reduced rates to Carey in summer during pilgrimage season.

In the summer of 1923 a contingent of Ku Klux Klan members arrived intent on holding a counter demonstration to the annual procession of the eve of the Feast of the Assumption, but ended holding a gathering on the outskirts of town.

The shrine complex includes the basilica, the original 1875 wooden parish church, the parish school, a rectory housing the pastor and other Franciscan priests, a provincial house which houses Franciscan friars, a convent for resident and itinerant nuns, a retreat center providing lodgings for lay and religious pilgrims, a gift shop, and a cafeteria.

The original parish church, the first church in Carey, began construction in 1868, under the direction of Father Edward Vatmann, pastor of St. Michael’s in Findlay, Ohio. At its dedication, it was given the name of St. Edward. In 1873 Father Joseph Peter Gloden, pastor of the church of St. Nicholas, Frenchtown, came to serve the parish. The faithful in Carey worked to support the church's construction and prayed to Mary under the title of Our Lady of Consolation. The congregation renamed the church in her honor upon its completion.

Father Gloden, a native of Luxembourg, obtained a replica of the statue of Our Lady of Consolation venerated in the Cathedral of Luxembourg. The wooden statue, thirty-six inches high, depicted Mary holding the infant Christ with mother and child dressed in ornate garments. On May 24, 1875, the statue of Our Lady of Consolation was carried in procession to the church, from the church of St. Nicholas, in Frenchtown, some seven miles away. It is claimed that the first miraculous event occurred during this procession. As the procession marched, a severe storm raged in the entire area. Throughout the seven-mile walk, not a drop of rain touched the statue nor anyone in the procession.

The original parish church remains today and still sees daily use for early morning Mass, as well as for special programs and devotions. 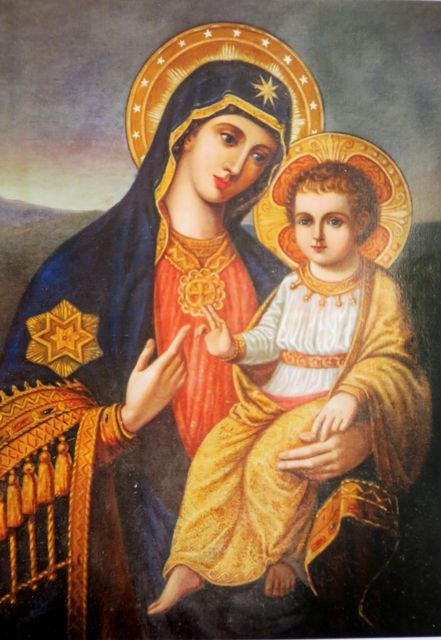 The increasing number of pilgrims necessitated a bigger church. In 1924 construction of the red-brick Romanesque church was finished. The present Byzantine-style basilica is located at the corner of Clay & West streets. The main floor contains the narthex, the sanctuary, and the altar which maintains its pre-Vatican II configuration, separating the celebrant from the congregation by an altar rail and providing religious statuary and votive candles in alcoves along both sides of the sanctuary. A choir loft containing the basilica's pipe organ is located above the narthex overlooking the sanctuary. A second sanctuary is located in the basement, along with confessionals for the sacrament of reconciliation. Along the sides of the basement sanctuary, display cases show the various items cast off by those reportedly healed, including artificial limbs, canes, crutches, and even litters.

The nearby Shrine Park is the site of a set of Stations of the Cross that stretches nearly a mile along the park's winding perimeter road, encircling an outdoor altar situated under a large dome supported by four marble columns. The dome is finished in gold and supports a statue at its apex of the Blessed Virgin Mary which can be seen from miles away. Shrine Park serves as the destination for the religious procession from the basilica on the Feast of the Assumption.

Our Lady of Consolation

The feast of Our Lady of Consolation is one of the solemnities not inscribed in the General Roman Calendar, but which are observed in particular places, regions, churches or religious institutes. Augustinians observe September 4; the Benedictines July 5. 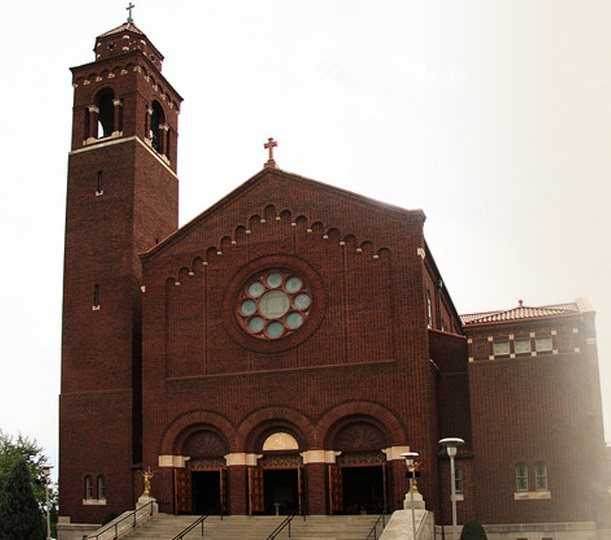