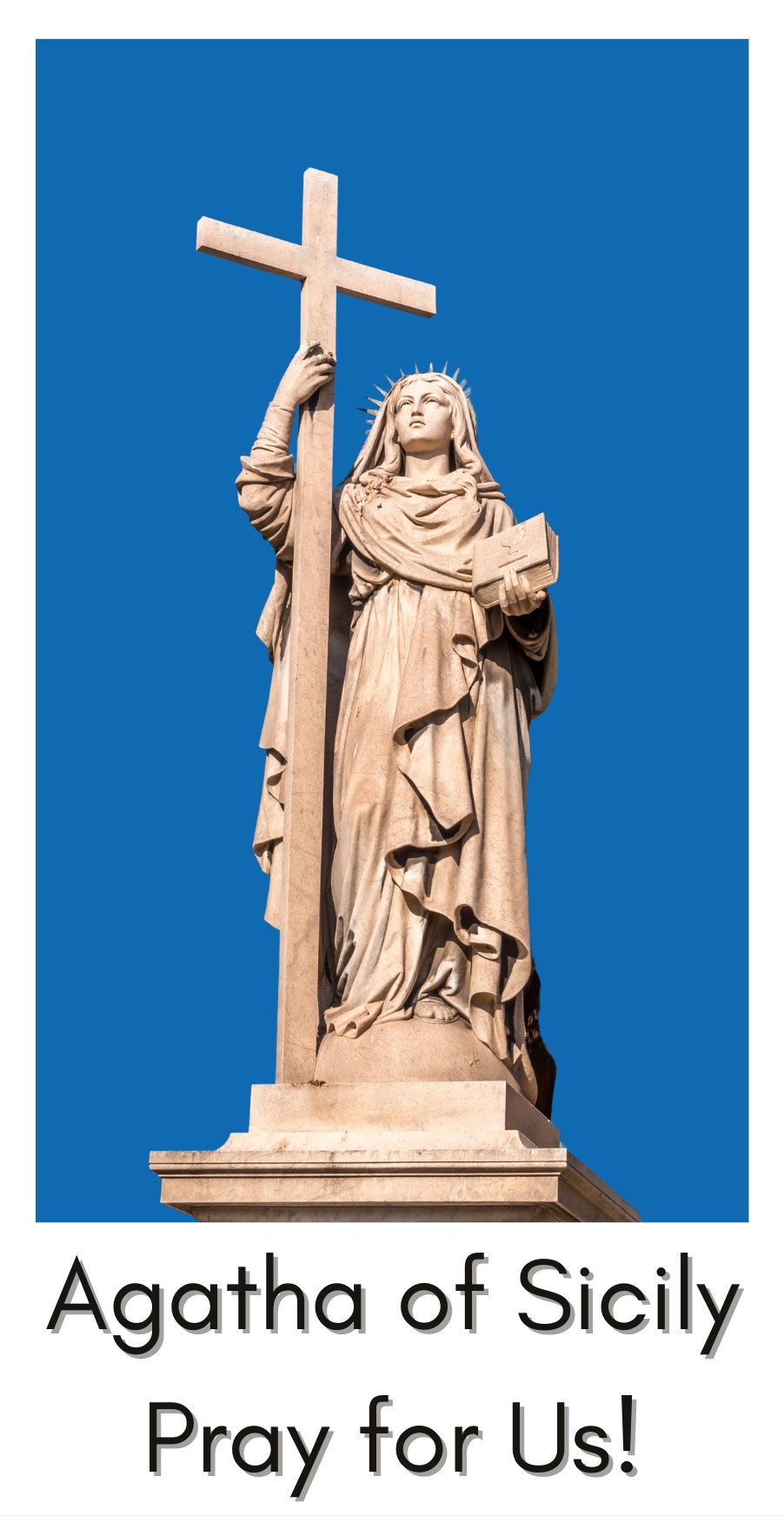 Saint Agatha has been honored since the most ancient times. Her date of birth is unknown. The cities of Catania and Palermo (Sicily) claim the honour of being Agatha's birthplace. Young, beautiful and rich, Agatha lived a life consecrated to God.

Unfortunately, her beauty caught the eye of the magistrate Quinctianus. As part of a policy of oppression against Christians, Quinctianus tried first to blackmail her into sex and then, when she refused, turned her over to a brothel for a month. There she again refused to submit. Quinctianus commanded her breast to be tortured, and afterwards to be cut off. At which she made him this reproach: "Cruel tyrant, do you not blush to torture this part of my body, you that sucked the breasts of a woman yourself?" Agatha was allowed no medicines or bandages or food when she was sent to a dark dungeon. But God would be himself her physician, and the apostle St. Peter in a vision comforted her, healed all her wounds and filled her dungeon with a heavenly light.

Her scorned admirer eventually sentenced her to death by being burnt at the stake. However, she was saved from this fate by a mysterious earthquake. She was led away to prison, where she died after saying a final prayer: "Lord, my Creator, you have always protected me from the cradle; you have taken me from the love of the world and given me patience to suffer. Receive my soul."

Saint Agatha died at Catania, Sicily, 251 A.D. Her body was discovered incorrupt in the eleventh century. Parts of her incorrupt body are still in existence today. Her name is found in the litany of the saints and in all martyrologies: Greek and Latin. 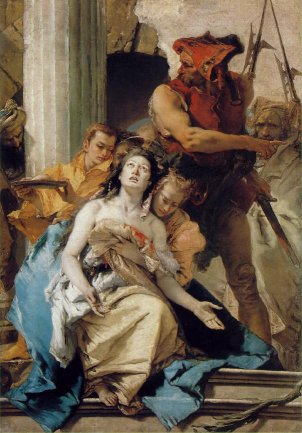 Lord God, Saint Agatha always pleased You by her chastity and in the end by her martyrdom.
May she obtain for us merciful pardon for our sins.
Amen.