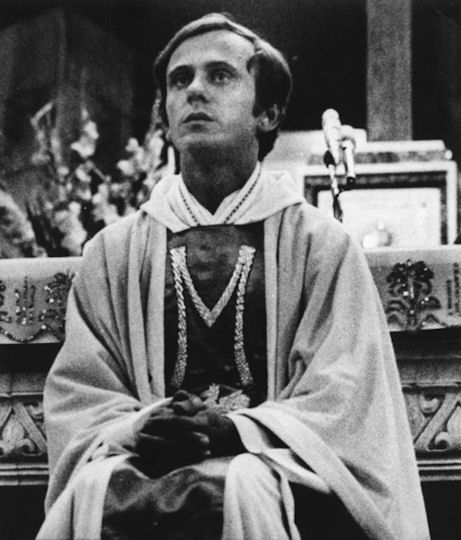 Jerzy Popiełuszko was born September 14, 1947 in Okopy, Podlaskie, Poland as Alfonso Popieluszko. His parents were Wladyslaw Popieluszko and Marianna Popieluszko from Gniedziejków who ran a farm. In 1961 he went to the Suchowola Gimnazjum, which he finished in 1965 and entered Wyzsze Seminarium Duchowne in Warsaw. During 1966-1968 he served the mandatory military service in a special unit for the clerics in Bartoszyce. After completion of the military service he felt ill. In 1972 he became a priest taking holy orders from the Cardinal Stefan Wyszynski.

August 1980 saw the beginning of the Solidarity trade union in Poland. Striking shipyard workers from the Warsaw steel plant approached Cardinal Stefan Wyszynski to ask for a priest to say Mass for them. The Cardinal found Fr. Jerzy at St. Stanislaw Kostka Church. Jerzy was a staunch anti-communist. He became active member of Solidarity movement, he would say the service during strikes, organize so called "Mass for the motherland" or lead funeral of Grzegorz Przemyk (student beaten to death by communist police). He was very much criticized, by authorities, for his political activeness and was subject to persecutions by police, communist authorities and collaborators, people who surrounded him on daily basis but decided to cooperate with authorities by reporting every step of the priest. The more people loved Popieluszko, the more he was hated by the authorities.

A car accident was set up to kill Jerzy Popiełuszko on October 13, 1984, but he escaped it. The alternative plan was to kidnap him, and it was carried out on October 19, 1984. After celebrating his last mass in Bydgoszcz, central Poland, he was kidnapped by the Sluzba Bezpieczenstwa (Security Service of the Ministry of Internal Affairs), the Communist Polish secret police. The priest was tortured to death before his body was thrown into the Vistula river, 120 kilometers (75 miles) north of Warsaw. He was found at the side of a river on October 30, 1984 with a rock tied around his neck and his hands bound. Identified thanks to the priest's chauffeur, the three secret police officers directly responsible for his murder were jailed for between 14 and 25 years.

Some 400,000 people attended his funeral, including Lech Walêsa. Since that day, 17 million have visited his tomb. Every October 19, a 24-hour vigil is held to commemorate the day he was killed. The Roman Catholic Church started the process of his beatification; as of 2008, Jerzy Popieluszko has Servant of God status.

Jerzy Popiełuszko is beatified June 6, 2010 by Pope Benedict XVI in Warsaw's Pilsudski Square. He has been recognized by the Catholic Church as a martyr. 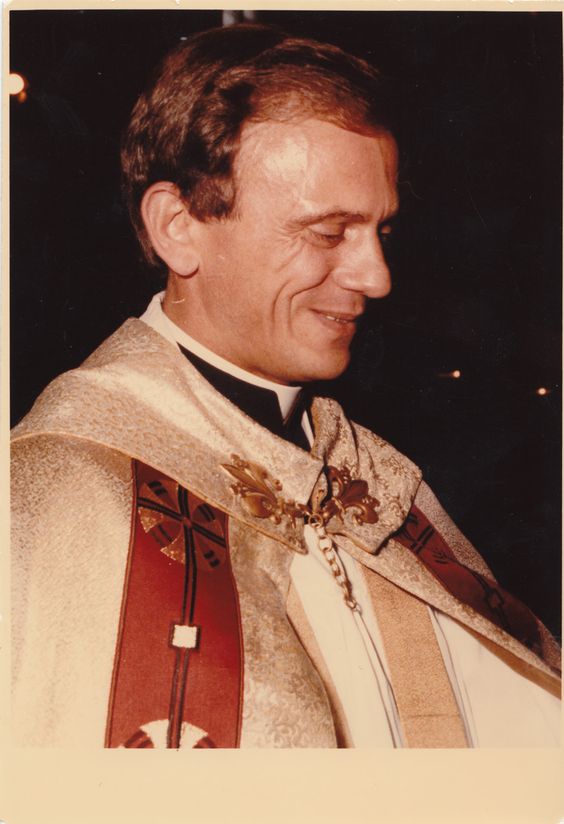